Carmen Flys-Junquera (University of Alcalá) is currently Honorary Professor of Research and has recently retired as Associate Professor of North American Literature in the Department of Modern Languages at the University of Alcalá. Carmen was Vice-President and President of the Asociación Europea para el Estudio de la Literatura, Cultura y Medio Ambiente (EASLCE) [European Association for the Study of Literature, Culture, and the Environment] from 2008-2012. Flys-Junquera is the former Founder and Coordinator of the Grupo de Investigación en Ecocrítica (GIECO) [Research Group in Ecocritisism] of the Franklin Institute and Founder and Editor in Chief of Ecozon@: Revista Europea de Literatura, Cultura y Medioambiente [European Magazine of Literature, Culture and Environment]. She was Co-Principal Investigator for a project of the Ministry of Environmental Humanities and a sub-project on Ecocriticism and Myth Criticism. Carmen has organized numerous congresses and seminars on Ecocriticism as well as editing various books and special issue journal issues on the subject, directs the Benjamin Franklin Library’s series CYLMA, and has authored over 50 ecocritical articles. 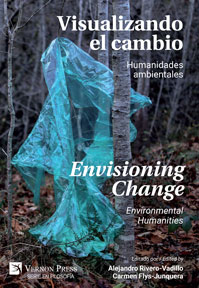