Professor Ion Dur, PhD, teaches in the Doctoral School of Philosophy at the Baia Mare Northern University Centre, Romania. During his academic career, he has been the recipient of numerous literary awards including the “Mircea Florian” prize for philosophy awarded by the Romanian Academy and seven awards for published books from the National Writers Union of Romania. Professor Dur has published extensively in his field including The Third Meaning (2014), Cioran. According to the original (2016), Critique of Judgement of Taste (2017) and Domestic journal. Note of an in-former (2018). He has also produced translations of Hannah Arendt’s The Origins of Totalitarianism (Humanitas Publishing House, 1994; a collaboration with Mircea Ivănesc) and The Crisis of the Republic, (Humanitas Publishing House, 1999; a collaboration with D.-I. Cenuşer). His areas of research interest are the History of Philosophy the History of Romanian Culture, Aesthetics, Literary and Philosophy Criticism, Romanian Media and Collective Mentality in the 19s and 20s and Media Critique. 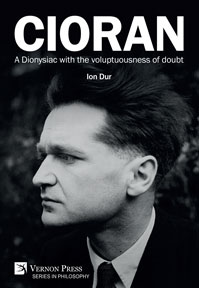