Marin Muzhani teaches at CDI College, has been a post-doctoral researcher at the University of Florence and visiting scholar in various universities in Europe and North America. His research interests include the economics of growth, macroeconomics and modern monetary theories such as optimum currency areas and monetary unions. He is the author of the critically acclaimed monograph “Mainstream Growth Economists and Capital Theorists”, published by McGill-Queen’s University Press in 2014. 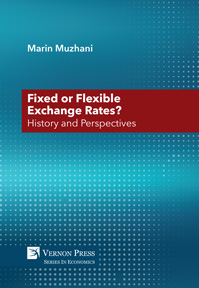