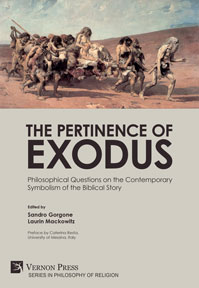 Title The Pertinence of Exodus: Philosophical Questions on the Contemporary Symbolism of the Biblical Story [Hardback]
Edition 1st
ISBN 978-1-62273-771-0
Published in October 2019