Jon Knowles’s interest in sex and society was crystallized in 1981 with the onset of the AIDS pandemic. Knowles formed part of the initial group of people trained by Gay Men’s Health Crisis (GMHC) to care for people living with AIDs in New York City. For 13 years Knowles witnessed first-hand the pain and suffering caused by individual and societal fears of sex and sexuality. In 1983, he got a position as a temp with Planned Parenthood Federation of America (PPFA). Owing to his invaluable experience and knowledge of AIDs, he was later offered a full-time position as PPFA’s sexual writer. During his 30 years at PPFA, Knowles contributed greatly to their expansion across both print and online media. In 1994, Knowles joined the Society for the Scientific Study of Sexuality (SSSS) to supplement his knowledge about sex and sexuality. Through GMHC, PPFA, and SSSS, he heard thousands of stories about how people cope with their sexuality and their sex lives. In his research, Knowles looks to find answers to the questions: Why health professionals saw sexuality mostly as a risk behavior? Why most people seemed ambiguous about their sex lives? And why the increasingly powerful, conservative right was so negative about human sexuality? 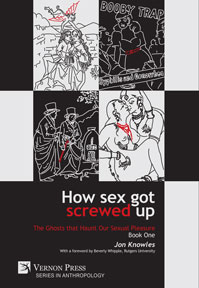 Title How Sex Got Screwed Up: The Ghosts that Haunt Our Sexual Pleasure - Book One [Hardback]
Subtitle From the Stone Age to the Enlightenment
Edition 1st
ISBN 978-1-62273-361-3
Published in March 2019 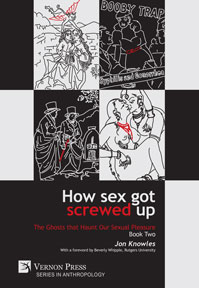 Title How Sex Got Screwed Up: The Ghosts that Haunt Our Sexual Pleasure - Book Two [Hardback]
Subtitle From Victoria to Our Own Times
Edition 1st
ISBN 978-1-62273-416-0
Published in March 2019