Eulalia Piñero Gil is Associate Professor in American Literature and Gender Studies at the Universidad Autónoma of Madrid. Currently, she is the head of the Department of English Department at the UAM. She was awarded a scholarship to study Comparative Literature at Purdue University where she graduated with a Master’s Degree in 1987. Likewise, she was awarded a doctoral grant to research the archive of the American poet Marianne Moore at the “Rosenbach Library and Foundation” in Philadelphia. Piñero Gil was also granted two scholarships by the Canadian Government to research Canadian women’s poetry in 1997 and in 1998. She has published extensively in women’s literature, gender studies, music and literature, American and Canadian poetry, Asian American and African American literatures, American theatre, and 19th Century American literature. Notably, she has co-edited several works including Visions of Canada Approaching the Millennium (1999), Women and Art: Visions of Change and Social Development (2010), Breaking a Sea of Silence: Interdisciplinary Reflections on Gender Violence (2013), and is the author of the critical edition Extraordinary Narrations by E. A. Poe (1999), and the translation and critical edition of Herman Melville’s Bartleby, the Scrivener (Espasa Calpe, 2006). 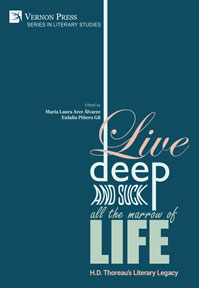