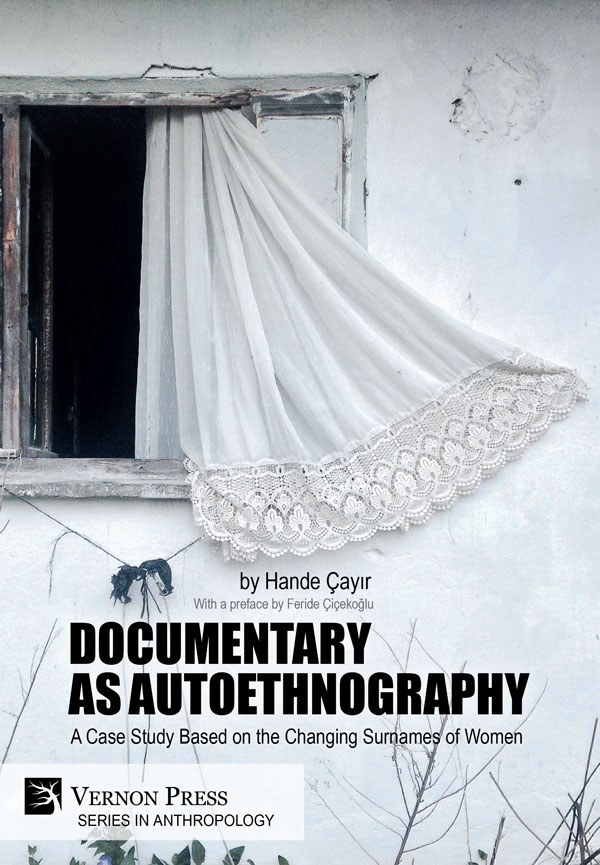 E-book
$ 68
Availability: Available through resellers
also in Hardback $ 39 , Paperback $ 32
currency displayed based on your location
(click here to change currency)

In a system where my identity, that is to say, my surname, was taken from me when I got married, an act supported by both the state and families, I simply became a wife. When I refused both that stereotype and the marital surname, I became curious about other women’s decisions. I made a politically-grounded documentary promoting individual power and shared it via old and new media. The seventeen-minute documentary Yok Anasının Soyadı (Mrs. His Name, 2012), a form of self-narrative that places the self within a social context, had an impact on the community and created a collaborative meaning. My filmmaking experience spread the seeds, gave birth to this book, created a researcher—me, in this case—and as such, ‘theory in practice’ and ‘practice in theory’ go hand-in-hand.

Women in Turkey are legally required to change their surnames when they marry and divorce. If they want to continue using their ex-husband’s surname after the divorce, they must seek permission from both him and the state. Has this unfair policy affected women financially? Has the forced surname change been a barrier for women’s careers? What about the protection of equal legal, social and economic rights?

Autoethnographic researchers analyse their subjectivity and life experiences, in which they treat the self as ‘other’. This examination of social-cultural structures also calls attention to the issues of power. The interdisciplinary nature of this enquiry highlights the crucial human rights debate of the link between surnames and identity, and also focuses on the feminist maxim ‘the personal is political’. In short, the private inevitably became public in a process that bridged the autobiographical, personal, cultural, social and political. I believe that eventually—through this process—my story became (y)ours.

Acknowledgements
Preface: From Aydın to Çayır and from “Yes” to “How?”
Overview: Surname Conventions Around the World
Introduction

Chapter 1 Women’s Surname Changes
1.1 Individual Experience Juxtaposes Cultural Structures
1.2 Women’s Surnames in Turkey
1.3 What Is in a Surname?
1.4 The Duality of Women and Men
1.5 Answering a Bank’s Question: What Is Your Mother’s “Maiden” Name?

Chapter 3 Theory
3.1 Equality Now: Am I a Feminist?
3.2 From Margin to Centre: Struggling
3.3 “The Second Sex” as Other
3.4 His-story: Marriage as an Identity Crisis
3.5 A Surname Reflects a Heritage

Chapter 5 Participatory Culture
5.1 Spreadability: My Story Is (Y)ours
5.2 The Death of the Author: Long Live the New Dandelions
5.3 Selfie Age: A Museum without Walls
5.4 Life as Research
5.5. Leaving Surnames Behind, Scatting without Fear

Hande Çayır is an Assistant Professor and Head of Graphic Design Department at İstanbul Yeni Yüzyıl University. She has a B.A. in Visual Arts and Visual Communication Design from Sabancı University, an M.A. in Film and Television, and a Ph.D. in Communications from İstanbul Bilgi University. She has recently completed her second M.A. in Journalism and Documentary Practice at the University of Sussex. Her documentary Yok Anasının Soyadı (Mrs. His Name, 2012), which was shown internationally at film festivals and academic conferences, focuses on women’s surname changes after marriage and divorce. She has published several scholarly articles and autoethnographic books. Her work on human rights, gender issues, and as a contemporary art columnist at T24 has established her in the journalism community.