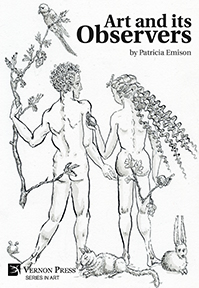 Patricia Emison’s breadth of artistic knowledge is quite remarkable, yet she remains able to focus on the finest of details, always ensuring her readers remain engaged by writing in her typical dynamic style.
Most noteworthy for me in this publication is the closing chapter, which is worthy of an extended study in its own right. Emison’s deep understanding of what has come before places her in the ideal position to explore the contemporary, and she does so directly and without hesitation, turning topics on their heads, stripping back an artist’s practice to the very core, and thus offering the audience – and indeed artist – unique insight.


Patricia Emison’s “Art and Its Observers” offers fascinating and, at times, wonderfully personal musings about the history of art. She theorizes about the sometimes stable and sometimes turbulent history of taste, specifically how art is used and loved. She is not interested in telling a chronological story of select canonical objects and artists. Emison’s goal is to understand how and why cultural changes happen. Each chapter presents a succinct meditation on topics such as marks of artists’ prominence and reputation, artistic worth, or the changing concept of art. The book is full of surprising intellectual and formal threads, such as her marvelous consideration of how the Greek ‘kouros’ (male statue) inspired not only Renaissance artists but the mass-produced cast statues of Union and Confederate Civil War soldiers that grace so many town squares. Later, the type appears in idealized Teutonic male sculptures favored by the Nazis.
Similarly, Emison traces the long histories of commemorative columns and equestrian monuments from ancient Rome to Portsmouth, New Hampshire. She appropriately warns that there is no stable art history, yet it is better to understand art’s historical context than impose current tastes and preoccupations. In her sections on collecting and abandoning Old Master norms, Emison asks, “how do we judge quality today?” She gives several examples, such as the contemporary negative reactions to the nudity of Michelangelo’s Last Judgment in the Sistine Chapel or the “unfinished” paintings of Manet or Whistler. Such valuations often change dramatically over time or even after an artist’s death. I heartily recommend Emison’s book, which is smart, thought-provoking, and intended to challenge how we approach art and its long history.


Patricia Emison asks acute and searching questions about the perceived quality, reception and longevity of cultural monuments and artefacts in western art through swift but intensely knowledgeable dips into architecture, sculpture, painting, drawing, music and works of literature, drawing out enlightening connections with the past that are relevant to contemporary thinking. As she states, studying the history of western art is ‘for the sake of not being trapped in the knowledge priorities and judgement patterns of the present [but] to think about the world more freely.’ She makes acute comments about all sorts of matters from Renaissance patronage to modern-day money laundering; from the innovations of past techniques to concerns in contemporary film; from art as service rather than commodity to the changing status of portraits and military monuments ‘where what once seemed a stable consensus can quickly vanish.’ The book is spiced with witty comments: discussing the founding of European museums, she comments, ‘The history of art became a history of high-status mutually enhancing objects, a kind of old-boy network of the inanimate.’ Her non-theory-bound approach to the changing status of art can be summed up in her own words: ‘How do we determine when an interpretation ... fails to raise bold questions and falls into complacency?’ This bold response to the historical aspects of Western-dominated American art and culture sectors is as refreshing as it is needful.

This fast-paced and deeply informed account ranges freely across the history of art, encouraging the reader to look afresh at ways in which works of art become “magnets of meaning” over time, and to find stimulating connections between them.


Weaving together carefully observed vignettes, Patricia Emison delivers a rich and thought-provoking fabric of Western art that, the more evocative for its poignant, poetic prose, pursues the Romantic quest for unity within multiplicity. The canonical survey of styles and great artists yields to a subtle evocation of powerful interrelationships across time that provokes the reader not merely to rethink the history of art but think through the ways in which art and its observers construct such histories from the chaos of creation. In the process, Emison argues powerfully for the vitality of the Old Master tradition that reverberates not only through her narrative but the story of modernism as well.

What ties western art together? This extended essay attempts to distill some of the basic ideas with which artists and observers of their art have grappled, ideas worthy of ongoing consideration and debate. The fostering of visual creativity as it has morphed from ancient Greece to the present day, the political and economic forces underpinning the commissioning and displacement of art, and the ways in which contemporary art relates to past periods of art history (and in particular, the Renaissance), are among the topics broached. Architecture, drawings, prints, films, painting, sculpture, and decorative arts from Europe and the US are considered and examined, often including nonstandard examples, occasionally including ones from the immediate surroundings of the author (who is based in New England). Although this book is primarily geared to those who would like a brief introduction to some basic aspects of a visual tradition spanning thousands of years, students of aesthetics might also discover useful benchmarks in this concise overview. The author places the emphasis on how art has been used and loved (or sometimes despised or ignored) more than on which works should be most famous.

I. Overview. What is an artist? Marks of artists’ prominence and reputation: signatures, biographies and anecdotes, houses, tombs.

II. Artistic worth: does it tend to correlate with reputation? What does the evolving market for art tell us, over and above the record of the art itself? Art before there was an art market.

III. The concept of art. The theory of art. Style, technique, and materials as interactive factors.

IV. The classical tradition, and the idea that virtue and beauty are beyond the effects of time.

VII. Public monuments and problems of reception over time.

VIII. An epitome of (mostly) classical style in the history of architecture.

IX. Interpretation as a way to investigate history. Botticelli and Bruegel.

X. Mona Lisa, Walter Pater: the range of viable responses to a work of art.

XI. Petrarch. Personal versus political uses of art. The lyric tradition and the turn toward measuring value by response; the development of abstraction.

XII. Collecting. How collecting, fundamentally different from patronage, nevertheless affects making and vice versa. The vagaries of reputation and the complexities of how standards change.

XIII. Recalibrating the value of art in times of turmoil: Michelangelo’s Last Judgment; the French Revolution and Napoleon; modern technology and the gradual end of ideals of heroic war.

XIV. Abandoning ‘Old Master’ norms, a complicated process the origins of which go as far back as Leonardo.

XV. Hollywood and “the pictures.”

XVI. Beyond individual identity, or when did the reverberations of Renaissance art and theory die out, and how different is our own time.

Professor at the University of New Hampshire, Patricia Emison is the author, most recently, of ‘Moving Pictures and Renaissance Art History’ (Amsterdam University Press, 2021), as well as ‘The Italian Renaissance and Cultural Memory’ (Cambridge University Press, 2012), ‘The Shaping of Art History: Meditations on a Discipline’ (Pennsylvania State University Press, 2008), and ‘Creating the “Divine” Artist from Dante to Michelangelo’ (Brill, 2004). She has also written articles, catalogue entries, and chapters on topics ranging from Renaissance prints to aura in the digital age. She has long taught both an interdisciplinary humanities survey and an art history survey, as well as a course on writings about the history of art, all to undergraduates, and this book is based on that experience. 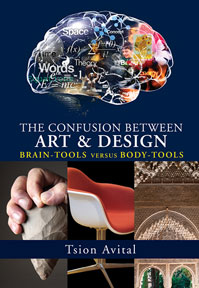