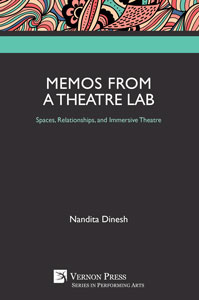 Paperback
$ 48
Availability: In stock
also in Hardback $ 56 , E-book $ 52
currency displayed based on your location
(click here to change currency)

Drawing from Dinesh’s findings in Memos from a Theatre Lab: Exploring What Immersive Theatre “Does”, this practice-based-research project – second in an envisioned series of Immersive Theatre experiments in Dinesh’s theatre laboratory -- considers the potential impact of pre-existing relationships between actors, spectators, and performance spaces when using immersive theatrical aesthetics toward educational and/or socio-political objectives.

Memos from a Theatre Lab: Spaces, Relationships and Immersive Theatre explores the following questions: When audience members do not know the actors outside the milieu of a theatrical performance, does an immersive form hold different implications than if performers and spectators know each other in ‘real life’? When actors and spectators are strangers to each other, are performers more or less likely to judge the responses that are given to them within an immersive scenario? What kinds of immersive situations, especially in Applied Theatre interventions, might benefit from the presence or absence of a pre-existing relationship between performers, audience members, and the spaces in which these experiences occur?

In describing the processes involved in: designing such an experiment, crafting the relevant immersive performances, and gathering/ analysing data from actors and spectators, this book puts forward strategies for students, researchers, and practitioners who seek to better understand the form of Immersive Theatre.

LIST OF TABLES
LIST OF FIGURES
Chapter 1 Introduction
Chapter 2 The framework
Chapter 3 The performance
Chapter 4 The data & the actors
Chapter 5 The data & the spectators
Chapter 6 Conclusions
BIBLIOGRAPHY
APPENDIX A: The script for Asylum
INDEX

Nandita Dinesh holds a PhD in Drama from the University of Cape Town in South Africa and an MA in Performance Studies from the Tisch School of the Arts at New York University. Focused on the role that theatre can play during and after violent conflict, Dinesh has conducted community-based theatre projects in India, Mexico, Costa Rica, Guatemala, Rwanda, Uganda, Kenya, and Zimbabwe. She currently teaches Theatre Arts and Literature & Performance, in addition to overseeing the juvenile justice programming, at the United World College in Montezuma, New Mexico. Nandita’s books include Theatre & War: Notes from the Field, Memos from a Theatre Lab: Exploring What Immersive Theatre “Does,” and Scripting Detention: A Project in Theater and Autoethnography with Incarcerated Teens. In 2017 she was awarded the Elliott Hayes Award for Outstanding Achievement in Dramaturgy by Literary Managers and Dramaturgs of the Americas. 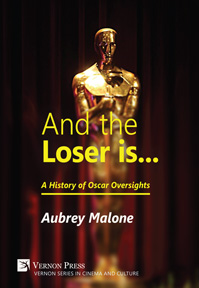