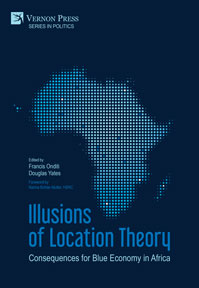 Hardback
$ 60
Availability: In stock
also in E-book $ 92 , Paperback $ 49
currency displayed based on your location
(click here to change currency)

“This book is extremely timely and an invaluable contribution to blue economy policy and scholarship, especially to the African coastal geo-economic landscape. The book is a confirmation that the global transition to resource-efficient blue economy will not be possible unless the seas, oceans and small states are a key part of this urgently needed transformation.”

"Illusions of Location Theory: Consequences for Blue Economy in Africa" questions the relevance of ‘location theory’ in explaining the coastal-hinterland continuum and the implications for the utilization of blue economy ecosystem in such a contested space in Africa. It pays more attention to territorial contestations, maritime disputes, vulnerabilities of landlocked states, and expansionist policies as displayed through spatial organizational regimes. These areas of investigation have previously been largely studied from the narrow perspective of ‘location’, unduly focusing on comparative advantages of ‘distance’, while neglecting the influence of ‘forces’ such as technology, ideology, and the power of mental mapping in spatial decision making.
This volume puts forward the argument that the harmonious relationship between states, and efficient exploitation of the blue economy ecosystem in ways that promote peace between states, lies not only in the structural transformation of markets, but also in bridging the spatial and social divide between the coastal and hinterland societies. Thus, this work proffers possibilities for a holistic regime for managing Africa’s coastal-hinterland continuum through innovative strategies such as SMART blue economies and the infusion of the geopolitical dimension into the management of maritime and territorial diplomacy.
The combination of theoretical and empirical analysis, buttressed by in-depth case studies of what works in the management of blue economy ecosystem and what does not work, make this volume ideal for researchers, students, and practitioners interested in African regional studies, African political economy, political geography, strategic military studies, governance of seas and oceans, and maritime science/diplomacy.

Chapter 10
The Destiny of Landlocked Countries and the United Nations Convention on the Law of the Sea
Jaimal Anand
Department of International Relations and Co-operation (DIRCO), Pretoria, South Africa

Conclusion
Notes on the Contributors
Index

Dr Francis Onditi is the 2019 recipient of the AISA Fellowship awarded by the Human Sciences Research Council (HSRC), South Africa, for his tenacious research and scholarly work on Africa and global world order. He heads the School of International Relations and Diplomacy, Riara University (Kenya). Dr Onditi is a widely published pan-African researcher; he has published over 55 research papers in peer reviewed journals, contributed more than 10 chapters in edited books and authored/co-edited 2 books in his area of specialization: geography of African conflict and institutional evolution theory. Dr Onditi’s current pre-professorial research focuses on “exploring the analytical conception of the closeness centrality and its implications for a theory of interactivities for enhancing understanding of the process of conflict excavators and extractives with the aim of providing thereby an explanation of the intrinsic character of interaction among human beings, communities and states as a process of diffusion of power, conflict reversals, and peace interlocutors.”

Douglas Yates is Professor of Political Science at the American Graduate School in Paris (France). He has recently published the fourth edition of the Historical Dictionary of Gabon (Rowman & Littlefield, 2018), which brings the political affairs of this French-speaking, oil-rich, equatorial African country up to date since the accession to power of Ali Bongo, eldest son of Omar Bongo, who died in 2009 after the publication of the third edition. Dr Yates is an established country expert who has been researching and writing about Gabon since 1993 with his doctoral dissertation at Boston University, later published as The Rentier State in Africa: Oil-Rent Dependency and Neo-Colonialism in the Republic of Gabon (Africa World Press, 1996). Since then, he has taught and directed graduate research on African politics at the American Graduate School in Paris and has consulted for the State Department and Defense Department of the United States government as well as non-governmental organizations, private international investment firms, African studies centres, and European development agencies. Yates is the co-author (with Marquette University's David Gardinier) of the previous edition of the Historical Dictionary of Gabon (2006) and has also authored the annual chapter on “Gabon” for Brill’s Africa Yearbook since its creation in 2004. 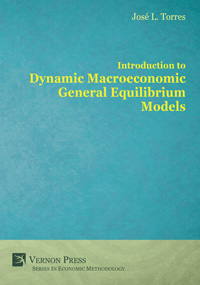