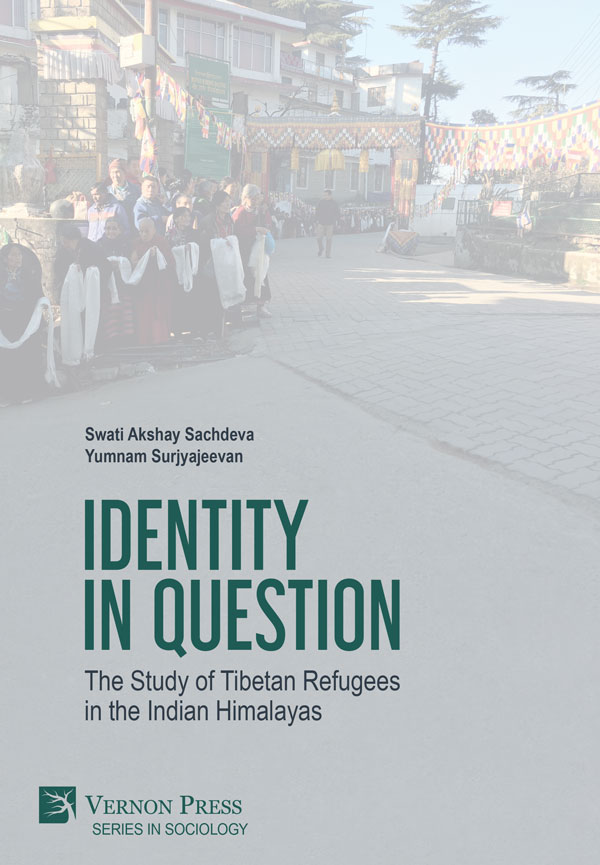 E-book
$ 62
Availability: Available through resellers
also in Hardback $ 36 , Paperback $ 26
currency displayed based on your location
(click here to change currency)

"Identity in Question: The Study of Tibetan Refugees in Indian Himalayas" focuses on the socio-economic profile and the question of identity among the diasporic Tibetan communities, particularly those settled in Indian Himalaya.
Through incorporating the notion of integration, essential in the formation and formulation of an individual’s identity, this book explores Tibetan refugees’ feelings as to whether a shared consensus between themselves and others exists, or whether a sense of dislocation is experienced. This important and timely work also sheds light on the question of identity crisis among Tibetan youths as well as conflicting gender role identity of the Tibetan women refugees.
Delving into such topics is essential for the increased understanding of the various situations encountered by the diasporic communities of Tibet. Therefore, individuals who are seeking to understand the issue by means of academic engagement and through a policy framework process will benefit from this work.

Chapter 1 Refugees and Identity: Problems and Challenges
Introduction
Literature Review
Rationale of the Study
Conceptual and Theoretical Framework
Objectives of the Study
Scope and Methodology

Dr. Swati Akshay Sachdeva is Associate Professor in the Department of Sociology at Sikkim University, India. Her areas of specialization are Gender studies, Cultural Studies, Eastern Himalayas, and Refugee Studies. Dr. Sachdeva has been working in the field of mental health for more than a decade, closely analyzing and tracking the phenomenon of suicide for many years; Swati is an advisor with the main steering committee of the Government of Sikkim and has been a collaborator on a Fulbright project on the issue. She is currently working on a project involving ‘Faith healers and Folk medicine’ and their integration with the primary health care system. Dr. Sachdeva has published and presented at numerous conferences, represented India in the High-level Political Forum in 2018 at the United Nations, and is also a counselor and a motivational speaker.

Yumnam Surjyajeevan is working as Assistant Professor in the Department of Humanities and Social Sciences at Sikkim Manipal University, India. His area of interest lies in understanding emerging social issues in the North-Eastern Regions of India, such as the problem of unemployment, development, ethnicity and identity, migration and refugee issues, and gender issues. Presently he is engaged in comprehending the reproduction of ethnic identity among the Lepchas of Sikkim, India, for his doctoral thesis.