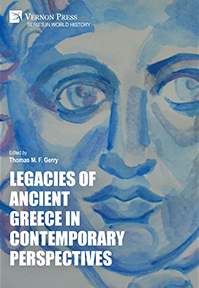 Paperback
$ 42
Availability: In stock
also in Hardback $ 83 , E-book $ 99
currency displayed based on your location
(click here to change currency)

'Legacies of Ancient Greece in Contemporary Perspectives' provides readers with opportunities to reconnect with the origins of thought in an astonishingly wide variety of areas: politics, economics, art, spirituality, gender relations, medicine, literature, philosophy, music, and so on. As the chapters in the book show, Classical Greek thought still informs much of contemporary culture.

There are countless books and articles that deal with ancient Greece historically, and a similar number that focus on Greece as a contemporary travel destination. There is both a lot of interest in Greece as a place now, and in Greece’s history and culture, which formed the early origins of much of Western civilisation. The distinctive attraction of 'Legacies of Ancient Greece in Contemporary Perspectives' is that it brings together, by means of fascinating examples, the two areas of interest: Greece’s past in relation to its, and our, present.

In addition to the general interest factor, the book suggests questions for re-examination: the individual chapters provide abundant original research on their subjects, and in most cases offer critiques on the assumptions about, and the interpretations of, Greece’s ancient and contemporary cultural practices. These challenges themselves stimulate far-reaching thought and discussion, a feature highly attractive to readers (and students) wishing to develop a more in-depth understanding of the legacies of ancient Greece.

Chapter 3
The Greeks of Tarpon Springs in the Hollywood Imaginary
Velvet L. Yates
University of Florida

Dr. Gerry is Professor Emeritus of English Canadian Literature and is a member of the Third Age Barrie Board of Directors. He has an ongoing interest in text and image studies. Along with his Laurentian University colleagues Marianne Vardalos and Anas Karzai, he organized and hosted the June 2019 Symposium on the Greeks in Paros. Gerry has published widely on a variety of aspects of text/image interactions, including books on ‘Contemporary Canadian and U.S. Women of Letters’ (New York: Garland, 1993) and ‘The Emblems of James Reaney’ (Erin, Ontario: Porcupine’s Quill, 2013). He has edited two scholarly journals, as well as helping to translate and edit a book on Spanish painter and writer Mercedes Luanco. He is the author of more than twenty academic papers and numerous book reviews. For years, he has written extensively for the journal ‘Queen’s Quarterly’. 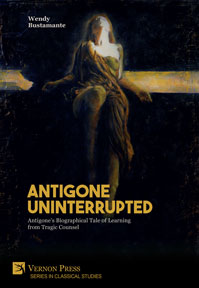