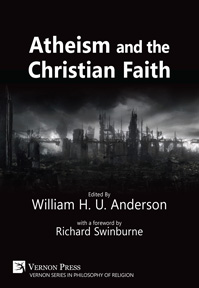 Atheism and the Christian Faith is an anthology of the proceedings from a conference of the same name which convened at Concordia University of Edmonton in May 2016. The book represents a wide diversity of subtopics—primarily from a philosophical perspective—including submissions from atheists, agnostics and theists. This combination of topics and perspectives makes the book totally unique. There are arguments for and against theism. The foreword to the book is by Professor Richard Swinburne, Professor Emeritus of Philosophy at Oxford University, who contributes two chapters to the book: “Why Believe That There is a God?” and “Why God Allows Suffering”. The book includes a chapter from renowned astrophysicist, and former student of Stephen Hawkins, Professor Dr. Don Page from the University of Alberta “On the Optimal Argument for the Existence of God”. Atheism and the Christian Faith advances arguments around serious philosophical issues of direct relevance to contemporary society. It will be of interest to a broad range of scholars in philosophy, theology and epistemology.

FOREWORD
PREFACE
ACKNOWLEDGEMENTS
LIST OF CONTRIBUTORS
CHAPTER 1 Why Believe That There is a God?
Richard Swinburne
CHAPTER 2 Moral Culpability and Choosing to Believe in God
David Kyle Johnson
CHAPTER 3 Theism, Atheism, and the Ethics of Hope
Jonathan Strand
CHAPTER 4 Nietzsche: Master of Suspicion or Mastered by Suspicion?
Jahdiel Perez
CHAPTER 5 C. S. Lewis on Experience, Narrative and Beliefs about Meaning:
Helping Atheists and Christians to Understand One Another
Stefan James Knibbe
CHAPTER 6 “Talking about Something Else”:
Richard Dawkins and Rowan Williams on God, Religion and Atheism
Stephen W. Martin
CHAPTER 7 Why Atheists Should be Anti-Natalists:
The Argument from Evil and the Ethics of Procreation
Matthew Small
CHAPTER 8 The Ontological Proof Fails for the Love of God
Charles Rodger
CHAPTER 9 The Modal Argument Against Naturalism
Andrew Brigham
CHAPTER 10 Intellectual Honesty in the Atheism-Theism Conversation:
Two Popular But Unconvincing Arguments Against Unbelief
Jahdiel Perez
CHAPTER 11 The Optimal Argument for the Existence of God
Don N. Page
CHAPTER 12 Why God Allows Suffering
Richard Swinburne
BIBLIOGRAPHY
INDEX 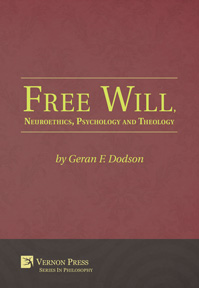