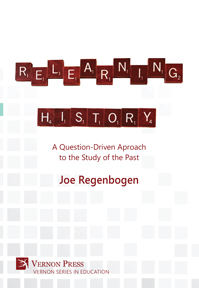 Hardback
$ 49
Availability: In stock
also in Paperback $ 42 , E-book $ 46
currency displayed based on your location
(click here to change currency)

"Relearning History" proves it is never too late to change your approach to learning about the past and how it impacts the world we live in. Focusing on discussion questions about the state of the world today by looking at the stories of yesterday, "Relearning History" addresses controversial issues not by giving answers to these questions, but by providing building blocks to initiate debate. The book looks at the historical origins of current events, including terrorism, the two party system, and the wage gap. This book will not only satisfy your curiosity, it will help you become a better citizen.

For many students, the traditional approach to the study of history does not work. The litany of facts arranged in a chronological sequence often turns out to be mind numbing and forgettable. In addition, they see little relevance between the past and the world they live in today.

Relearning History was written for those students. Instead of reviewing the traditional time line of the past, the focus is directed at questions relevant to the present. Why does the two-party system dominate American politics? Why is wealth so unevenly distributed? Why does race and gender still play such a large role in modern society? Why has there never been a World War Three? These “why” questions, along with 11 others, serve as the foundation for a discussion of history so that the study of the past is inexorably linked to a enhanced understanding of the present.

Students who are currently enrolled in history classes can use Relearning History to supplement and enrich the traditional curriculum. Some may even want to use it in place of the traditional curriculum. As for those adults who have completed their formal education and never learned much in their earlier history classes, this book will give them the chance to finally study history in a meaningful manner.

Chapter 1 Why do many people need to relearn history?
Politics and Government

Chapter 2 Why is the Constitution important and why is it so difficult to change?
Chapter 3 Why does the two-party system dominate American politics?
Chapter 4 Why is there such diversity in the way nations govern themselves?

Business and Economics
Chapter 5 Why is wealth so unevenly distributed?
Chapter 6 Why has the United States become such a global economic force?
Chapter 7 Why is capitalism increasingly prevalent around the world?

People and Demographics
Chapter 8 Why has the world population exploded and why is it so unevenly distributed?
Chapter 9 Why does race and gender still play such a large role in modern society?
Chapter 10 Why has the prison population in the United States grown so large?

Culture and Religion
Chapter 11 Why has the role of popular culture expanded in modern society?
Chapter 12 Why is organized religion at the center of so many world conflicts?

War and Peace
Chapter 13 Why has there never been a World War Three?
Chapter 14 Why has terrorism become increasingly prevalent in the modern world?

Science and Technology
Chapter 15 Why has the pace of technological change grown so fast in recent times?
Chapter 16 Why does industrial progress threaten the future of our planet?

I began my teaching career in an inner city high school in New Orleans, Louisiana. The year was 1979. By my third year, I was named Teacher of the Year, and after earning my Masters Degree in Education from the University of New Orleans, I was given the opportunity to teach a social studies methods course as an adjunct instructor for UNO. This continued until I left New Orleans in 1984 and moved to St. Louis to be closer to my wife’s family. In 1985, I was hired to teach high school history in the Parkway Schools, a district in the city’s western suburbs. I remained with Parkway for the next 27 years. During those years, like most teachers, I stayed incredibly busy. I taught a full spectrum of courses, ranging from American and World History to electives like Crime and Law and the American West. Classes were taught at the regular, honors and AP levels. In addition, I served as department chair, sponsored and coached such activities as the chess team, student council and the mock trial team, and taught additional education classes as an adjunct instructor for Maryville University. The years rolled by as my children grew up and left for college, my hair turned gray and my wife and I celebrated 37 anniversaries.

In 2012, I made the decision to retire. My passion for teaching history had not waned in the slightest; I simply wanted to slow down and enjoy the luxury of more time. Shortly after retiring, I landed a position teaching two classes of American history in my district’s Mosaic Academy, a special program designed to meet the needs of exceptionally gifted students. These classes have afforded me the opportunity to try new teaching techniques with my students, and inspired the writing of my first book-Questioning History, as well as my current book- Relearning History. 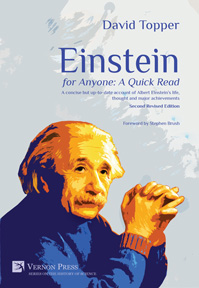