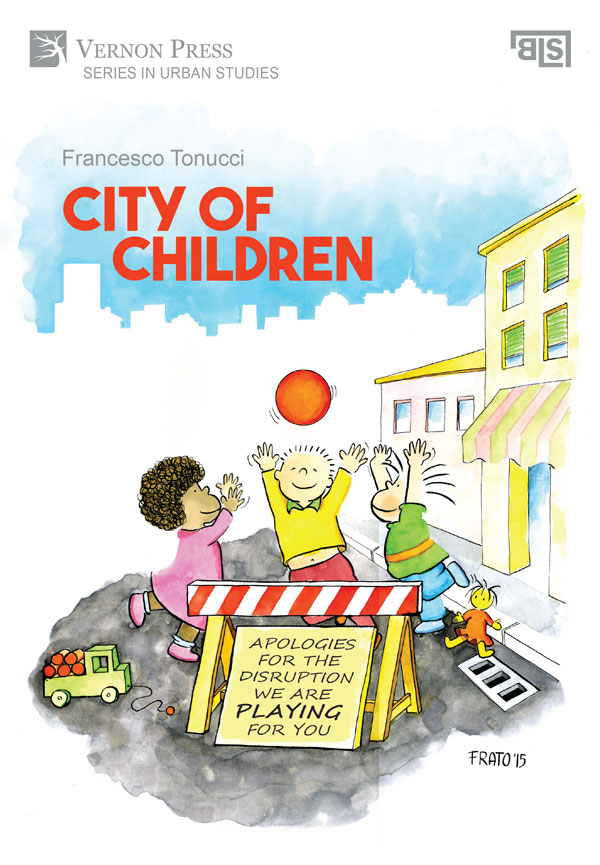 by Francesco Tonucci (Institute of Cognitive Sciences and Technologies of the National Research Council, Italy)

E-book
$ 59
Availability: Available through resellers
also in Hardback $ 33 , Paperback $ 26
currency displayed based on your location
(click here to change currency)

The city, born to be a place of meeting and exchange, has for several decades taken as a default model the strong citizen, man, adult and worker, thereby transforming it into a hostile space for the weakest: the elderly, the disabled, the poor and the children. The automobile, the toy of choice for the privileged citizen, is also taken to be the principal 'citizen' of the city, thus endangering the health, aesthetics and mobility of the rest of us.

This book proposes a new philosophy of city governance that takes children as the default citizens, with the confidence that a city sensitive to the needs of childhood will be healthier for everybody. This work recovers elements of the 1989 Convention of the Rights of the Child that recognize the full citizenship of children to suggest two principle axioms for optimal city design: the participation of children in city governance and the restitution of their autonomy, which allows them to stay with their friends and play freely. Boys and girls, in this way, represent all those excluded from decisions and power.

This book is primarily written for politicians and city managers so that they can take on board the ideas within. Yet it is also important for teachers and parents so that they can respect the rights provided in the convention. City of Children should be made available to students on teacher-training courses, and also to the children who are the book’s true protagonists. At present, more than two hundred cities in Spain, Italy, Argentina, Uruguay, Colombia, Peru, Chile, Mexico, Dominican Republic, Brazil and Costa Rica have joined this project.

This book is a translation of “La città dei bambini” and was translated as part of the Bridging Language and Scholarship initiative. The English edition by Vernon Press follows previous editions of this important work in Italian and the four languages of the Spanish nation (Galego, Basque, Catalan and Castilian), French and Portuguese to make available for the first time this important work to a broader international audience.

Chapter 3 Why the child precisely?

Chapter 4 A laboratory: “The city of children”

Chapter 5 So that the children can go out alone

Chapter 6 A city suitable for children


Francesco Tonucci has been a researcher at the Institute of Psychology, now the National Research Council's (CNR) Institute of Cognitive Sciences and Technologies (ISTC), in Rome, since 1966. Since 1991, as head of the international project “The city of children” he has dedicated himself to meeting with city administrators and training operatives involved in the project. From 1996 – 99 he was consultant for UNICEF Argentina for the project “la ciudad de los niños”, which was developed in several cities. He is an honorary professor of the Pontifical Catholic University of Lima (Peru) and has received honorary doctorates from the Universities of Santa Fe, La Plata and Cordoba in Argentina and Lerida and Oviedo in Spain. In 2019 he received the UNICEF Spanish Committee Award. He has devoted himself to the study of learning problems: first learning, child services, teacher training, science education and environmental education. Tonucci is a member of the editorial board of the journals European Journal of Psychology of Education, Investigation en la escuela, Confltti and Cooperazione educativa. Since 1968, using the pseudonym Frato, he has published satirical cartoons on educational issues. His cartoons have been published in various volumes translated into Castilian, Catalan, Galician, French and Portuguese.