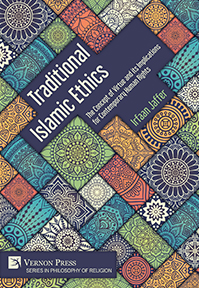 Traditional Islamic Ethics: The Concept of Virtue and its Implications for Contemporary Human Rights

Hardback
$ 49
Availability: In stock
also in E-book $ 75 , Paperback $ 34
currency displayed based on your location
(click here to change currency)

The revival and power of religious feelings and expressions among Muslims present a complicated and at times perplexing picture of the Islamic arguments related to human rights in the modern era. What are the beliefs and ideas which have influenced the policies regarding justice and equality and gained prominence among Muslim societies in general and Muslim intellectuals in particular? Muslim response to the challenges of policies and ideologies influenced by non-Muslim states increased the validity of some generally accepted issues such as human rights, in fact, the laws and conventions regarding human rights prompted the Muslims to pass the Cairo Declaration of Human Rights on 5 August 1990. It was approved by the 45-member states of the Organization of Islamic Cooperation.
Although Article 25 of the Declaration states that "The Islamic Shari'ah is the only source of reference for the explanation and clarification of the Declaration," the tension and implementation between this and the Universal Declaration of Human Rights ratified in Paris on 10 December 1948 continues. Muslim countries still argue that the underlying values and ethics of this United Nations’ document does not take into consideration of religious and some social ethics that Muslims deem essential.
As this discussion often intensifies even today, this book by Dr. Irfaan Jaffer is an opportunity to help understand and clarify this tension. The author, based on carefully selected relevant verses of the Quran and analyzing them, and based on the report of saying of the Prophet Muhammad (hadith), argues that: "Freedom is one of the virtues that need to be cultivated in order to serve God on Earth. In this light, it is necessary for any Islamic human rights theory to place certain religious restraints on individual liberties." Hence, due attention must be paid to religion and the well-established customs of the society based on their own ethical values if the human rights laws are to be applied successfully in the Muslim societies.
Dr. Jaffer suggests that according to Muslims today, "the modern liberal understanding of equality ignores the 'Divine balance' created by God, and it has a tendency to reduce things to their lowest common denominator." Clearly, this book goes beyond the indications of its title and attempts to explain the hesitation of some Muslim states in accepting the totality of the human rights laws as advocated by organizations such as the United Nations. The book explores the broad dimensions of Islam and its essential beliefs and values.
This book will generate considerable discussion between Muslim and non-Muslim scholars of human rights, philosophy, religion, and sociology. The questions of whether there could be cultural-religious specific human rights laws and still protect people against all injustices or is cultural diversity an ethical imperative would be debated at length. Particularly those scholars who are dealing with the ideas of John Stuart Mill, David Hume and John Locke, in fact perhaps the proponents of great thinkers such as these, will not be able to stay away from making comments if they have a chance to read the book.
This work undoubtedly will make a significant contribution to one of the most pressing issues today--Human Rights, particularly in reference to Muslim countries.


A welcome addition to a small but growing body of literature on the intersection of virtue ethics, law and human rights in Islam. In the process, Irfaan Jaffer thoughtfully explores some of the weaknesses in modern Western conceptions of ethics and human rights, rooted in the absence of a transcendent principle on which to ground them.


Irfaan Jaffer’s book is a timely and important attempt to delineate a traditional Islamic ethics derived from foundational Islamic sources, such as The Quran and the thought and sayings of Ali ibn Abi Talib, on the one hand, and writings from the contemporary Traditionalist School connected to the work of S. H. Nasr, William Chittick, Frithjof Schuon, Martin Lings, among others, on the other hand. The Perennialist School is becoming widely recognized and discussed in academic writings, and Jaffer does well to draw on their perspective. A dialogical approach, which has been developed and adopted successfully by previous scholars to examine Islam’s place in the modern world, is employed fruitfully here by Jaffer to compare and contrast a traditional Islamic ethics with secular, liberal human rights theory. This dialogical approach enables Jaffer to glean insights into the foundational assumptions underlying each intellectual current. As such, Jaffer’s text is a helpful addition to this important and broad topic and will be a useful introduction for scholars and graduate students alike.

"Traditional Islamic Ethics: The Concept of Virtue and its Implications for Contemporary Human Rights" concentrates on the subject of Islam and modernity and Islam and human rights, a topic that has become popular and relevant with the rise of globalization and the interest in Islamic extremism and human rights. This book distinguishes itself by operating within the framework of the traditional school of thought or ‘Islamic Traditionalism’. In doing so, it draws on Islam’s 1400-year-old spiritual and intellectual tradition and its understanding of ethics and virtue, along with truth, justice, freedom, and equality. This book argues that Islam’s pre-modern approach is indispensable in creating an organic and integral human rights model for Muslims.

The first section argues that the current understanding and implementation of international human rights needs to be more flexible and inclusive if it truly aims to be universal in scope; this is because ‘The Universal Declaration’ and its offshoots are still underpinned by secular-liberal principles, and therefore, are at odds with other cultural traditions. To this end, this section critically explores popular human rights histories and contemporary ethical theories that attempt to justify human rights. The second section of this book provides a general overview on the subject of ‘Islam and Human Rights’. After explaining some of the main problems, this section examines various solutions offered by Muslim academics and scholars, focusing on four different types of Muslim responses to modernity and human rights: liberal, progressive, traditional, and fundamentalist. It concludes that there are ‘spaces of convergence’ between modern-liberal ethics and traditional Islamic virtue ethics while maintaining that there are also fundamental differences and that these differences should be welcomed by human rights theorists and advocates.

The book’s intended audience is primarily post-graduate students and professional academics in the fields of Human Rights, Ethical Philosophy, and Islamic Studies (modern Islamic thought, Sufism, Islamic theology, Islamic Philosophy, and Traditionalism). It will also appeal to anyone interested in the subject of Islam and modernity in general and Islam and human rights in particular.

Chapter 1 Introduction
1.1. Approaching human rights and Islam
1.2. Speaking about Islam: the perennial school and Islamic traditionalism
1.3. A note on sources and terminology
1.4. Book outline
1.5. A note on translation, transliteration and structure

Chapter 6 Virtue Theory and its Implications for Human Rights
6.1. Human rights and the station of servanthood
6.2. Islamic law, pluralism, corporeal punishment, and gender

Dr. Irfaan Jaffer received his Bachelor of Arts from York University in 2008, his Master of Arts from the University of Toronto in 2010, and his Doctorate from York University in 2018. During this time, he focused his studies on Contemporary Islamic Thought, Modern Ethics and Premodern Philosophy. Since 2018, Dr. Jaffer has been giving guest lectures and classes at various Islamic organizations and interfaith institutions. Currently, he is conducting research for his next course: The Concept of Psychology in the Islamic Tradition.

Traditional Islamic Ethics: The Concept of Virtue and its Implications for Contemporary Human Rights