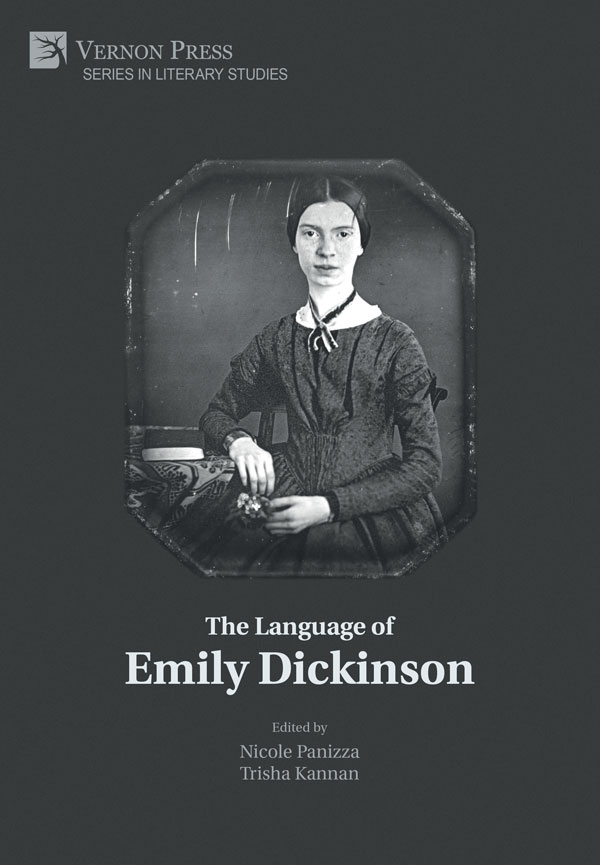 E-book
$ 73
Availability: Available through resellers
also in Hardback $ 43
currency displayed based on your location
(click here to change currency)

"The Language of Emily Dickinson" provides valuable insight into the cryptic, complex, and unique language of America’s premier poet. The essays make each subject of exploration accessible to general readers, providing sufficient background and contextual information to situate anyone interested in a better understanding of Dickinson’s language. The collection also makes a substantial contribution to Dickinson studies with new scholarship in philology, musicality, and manuscript study. Cynthia L. Hallen, creator of the invaluable Emily Dickinson Lexicon, offers a detailed examination of Dickinson’s words and phrases that are lexically alive and semantically vital. Nicole Panizza, an accomplished pianist, explores Dickinson’s poetic relationship with music as bilingual practice. Holly L. Norton outlines the surprising connections between Dickinson’s poetry and rap music, and Trisha Kannan contributes to recent discussions regarding Dickinson’s fascicles, the manuscript “books” that contain just over 800 of Dickinson’s 1,789 poems, by reading Fascicle 30 in relation to the work and life of John Keats.
This book will be of interest to scholars of Emily Dickinson and advanced readers of poetry—such as those in upper-level undergraduate English courses and graduate students in departments of English—as well as to general readers with an interest in Emily Dickinson.

Abstract 119
What Are the Fascicles?
Fascicle 30 and Literary Influence
Sheet Four: Immortal Poets and Sources of Inspiration
Sheet Five: Poems of Nature and Experience
Sheet Six: The Power of Pain
Sheet One: Nature’s Ephemeral Beauty
Sheet Two: Poetic Inspiration and the Power of Language
Sheet Three: The Power of Failure

Nicole Panizza was awarded her Doctor of Music degree in 2014 from the Royal College of Music, London, and currently holds the position of Assistant Professor of Music at Coventry University. She is a past recipient of an International Fulbright Award in support of visiting research fellowships at Harvard University and the Manhattan School of Music. Professor Panizza released Nature with soprano Jane Sheldon in 2014 and has since traveled widely, giving key lectures and presentations in Singapore, Oxford, and Cambridge, and chamber recitals worldwide, in cities like Vancouver, New York, and Paris. Emergence: Emily Dickinson, released in 2019, is a collaboration with soprano Nadine Benjamin that features both seminal and premiere performances of Dickinson-inspired song cycles by Aaron Copland, Juliana Hall, Ella Jarman-Pinto, and Luigi Zaninelli. Professor Panizza’s additional research interests include a digital archive showcasing practice-led approaches to the performance and study of Dickinson’s poetry and letters, and an international song project (in conjunction with Harvard University) showcasing critical examples of American war, memoriam, and remembrance.

Trisha Kannan received her PhD in English from the University of Florida in 2011. Her dissertation, The Publics of Emily Dickinson, examines the discursive publics created by Dickinson’s texts, including the printed periodical poems, the letters and letter-poems, and the fascicles. Her article, “Not ‘me – but a supposed person’: Emily Dickinson’s Non-Referential Correspondence,” appeared in the first volume of Authorship, an international journal exploring historical and discursive settings of authorship. Dr. Kannan left academia in 2013 to pursue a career in writing and editing, and she now owns and operates Concision Matters, an assessment and curriculum development company that serves students and teachers nationwide.