A Collection of Essays on Shakespeare in his Christian Context

Christian Shakespeare? The question was put to each contributor to this collection of essays. They received no further guidance about how to understand the question nor how to shape their responses. No particular theoretical approach, no shared definition of the question was required or encouraged. Rather, they were free to join, in whatever way they thought useful, the extensive discourse about the impact that the Christian faith and the religious controversies of Shakespeare’s time had on his poems and plays. The range of responses points not only to the complexity and openness of Shakespeare’s work to interpretation, but to the seriousness with which the writers reflected on the question and to their careful and sensitive reading of the poems and plays. The heterogeneity of Shakespeare’s world is reflected in the heterogeneity of the essays, each an individual response to the complex question they engage. In the end, what the plays and poems reveal about Shakespeare’s Christianity remains unclear, and that lack of clarity has also contributed to the variety of responses in the collection. All the essays recognize, to some degree or another, that the tension in Shakespeare’s world between old and new, medieval and early modern, Catholic and Protestant, brought uncertainty (and in some cases anxiety) to the minds and hearts of Shakespeare’s contemporaries. But what Shakespeare himself believed, how he responded in his work to the religious turmoil of his time remains uncertain. For some of the contributors Shakespeare’s plays are inescapably indeterminate (even evasive) and open to a multiplicity of possible readings. For others, Shakespeare takes a stand and, through the careful patterning of his plays, speaks more or less unambiguously to the religious and political issues of his time. Together the essays reflect the varied ways in which the question of Shakespeare’s Christianity might be answered. 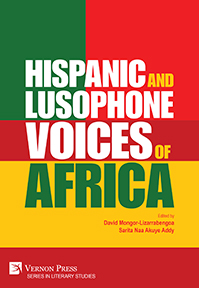 Africa is usually depicted in Western media as a continent plagued by continuous wars, civil conflicts, disease, and human rights violations; however, an analysis of the region’s cultural output reveals the depth and strength of the character of the African people that has endured the burden of colonialism. Undoubtedly, much of the scholarship on African literature focuses on countries colonized by the British such as South Africa and Nigeria; however, the African nations colonized by Spain and Portugal have also made major literary contributions. This volume examines the literature and cinema of the African nations colonized by Spain and Portugal (Equatorial Guinea, Guinea-Bissau, Cabo Verde, Angola, Mozambique, and São Tomé and Príncipe) to demonstrate the complexity and heterogeneity of these countries in their attempts to establish a post-colonial identity. This volume is intended for undergraduate students, graduate students, and researchers seeking to study Hispanic and Luso-African literature and film, and so better understand cultural production in previously underrepresented nations of Africa. 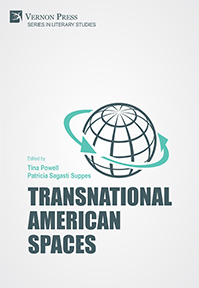 As people migrate, they face the need to create a stable space within a disconcertingly unfamiliar environment. This experience of creating new spaces opens opportunities for positive transcultural connections; however, these opportunities can also serve as the disciplining of the migrant body. This text focuses on the movement of bodies in transnational communities and the formation of domestic and communal spaces that provide respite from migratory paths, negotiate transnational relationships, or establish a new home. In doing so, we explore literary texts that question, challenge, and deepen our understanding of the experience of migration through the use of space and place. The texts in question examine three levels of transnational spaces: intimate spaces such as family, personal growth, or sexuality; inherited spaces reflected in generational conflicts, religious identity, and inherited histories; and national spaces that look at issues of broader national identities. The texts we examine engage with transnational communities within the United States, and the ways in which narratives reimagine new space to negotiate change and create new norms. These narratives can sometimes bridge both cultures or can sometimes result in a violent sense of displacement. Each chapter problematizes a different aspect of transcultural adaptation, and the geographic ties of each community focus reflect the multicultural reality of the U.S., with connections to Asia, the Caribbean, Europe, the Middle East, and Latin America. 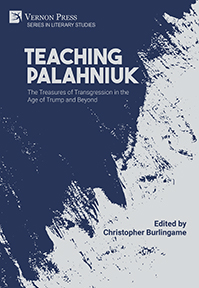 Teaching Palahniuk: The Treasures of Transgression in the Age of Trump and Beyond

While much has been written about Chuck Palahniuk and his body of work, next to nothing has been written about when, where and how it is necessary to teach Palahniuk. This collection will reveal that teaching Palahniuk’s work and the discursive dynamic of the classroom interactions create new opportunities for scholarship by both the faculty member and his or her students. Despite early critical success with ‘Fight Club’, ‘Invisible Monsters’, and ‘Choke’, Palahniuk’s novels are increasingly dismissed for the very transgressive content that makes them essential pedagogical tools in the Age of Trump where “truth isn’t truth,” and tribalism is stoked with claims of “fake news”. This collection aims to broaden the scholarship by examining under-represented and unrepresented works from his oeuvre and situating them in the context of their pedagogical implications. In both form and content, the transgressive nature of Palahniuk’s work demands critical thought and reflection, capacities that are necessary for the preservation of a democratic society. Contributors take various approaches to address what students can learn about writing, literature, and society by reading and analyzing Palahniuk’s texts. The collection will discuss the value of teaching Palahniuk, innovations and various disciplinary contexts for teaching his works, and reflections on some of those pedagogical opportunities. Through its multi-faceted discussion of Palahniuk and pedagogy, this collection will legitimize efforts to bring his work onto syllabi and into the classroom, where it can enhance student engagement, create new avenues for inter-disciplinary scholarship, and re-invigorate an expansion of the canon. It will also provide diverse frameworks for incorporating and interpreting Palahniuk’s writing across disciplines. Finally, the collection will offer post-mortems from faculty members who have found the “guts” to teach Palahniuk and will offer insight into what students have gained and stand to gain from a more intensive Palahniuk pedagogy.

This volume delves into the literary lives of four Muslim women in pre-modern India. Three of them, Gulbadan Begam (1523-1603), the youngest daughter of Emperor Babur, Jahanara (1614-1681), the eldest daughter of Emperor Shah Jahan, and Zeb-un-Nissa (1638-1702), the eldest daughter of Emperor Aurangzeb, belonged to royalty. Thus, they were inhabitants of the Mughal 'zenana', an enigmatic liminal space of qualified autonomy and complex equations of gender politics. Amidst such constructs, Gulbadan Begam’s 'Humayun-Nama' (biography of her half-brother Humayun, reflecting on the lives of Babur’s wives and daughters), Jahanara’s hagiographies glorifying Mughal monarchy, and Zeb-un-Nissa’s free-spirited poetry that landed her in Aurangzeb’s prison, are discursive literary outputs from a position of gendered subalternity. While the subjective selves of these women never much surfaced under extant rigid conventions, their indomitable understanding of ‘home-world’ antinomies determinedly emerge from their works. This monograph explores the political imagination of these Mughal women that was constructed through statist interactions of their royal fathers and brothers, and how such knowledge percolated through the relatively cloistered communal life of the 'zenana'. The fourth woman, Habba Khatoon (1554-1609), famously known as ‘the Nightingale of Kashmir’, offers an interesting counterpoint to her royal peers. As a common woman who married into royalty (her husband Yusuf Shah Chak was the ruler of Kashmir in 1579-1586), her happiness was short-lived with her husband being treacherously exiled by Emperor Akbar. Khatoon’s verse, which voices the pangs of separation, was that of an ascetic who allegedly roamed the valley, and is famed to have introduced the ‘lol’ (lyric) into Kashmiri poetry. Across genres and social positions of all these writers, this volume intends to cast hitherto unfocused light on the emergent literary sensibilities shown by Muslim women in pre-modern India.