Perspective: Selected Essays on Space in Art and Design 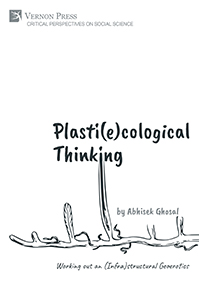 This monograph, 'Plasti(e)cological Thinking: Working out an (Infra)structural Geoerotics,' seeks to put forward ‘plasti(e)cological thinking’ as an advanced and ‘new’ epistemic framework which can facilitate readers to think beyond the stratified planetarity that ends up breaking the earth down into territories and strata, blocs and codes, fragments and pieces, ‘sides’ and ‘besides.’ ‘Plasti(e)cological thinking’ is at once grounded in the logics of ‘deterritorialization’ and ‘rhizomatics’ thereby calling the structured and well-thought-out ways of looking into planetary phenomena into question and at times contingent upon the pervasive trajectories of ‘zoe-politics’ which enables it to cut across varied segmentarities on the ‘Plane of Consistency’. Divided into three chapters, this book draws on critical theory, continental thinking, and certain Indian eco-texts to put a spotlight on the nuanced operation of ‘plasti(e)cological thinking’. In a nutshell, this book stands wedded to the production of the ‘new’ and is a contribution to the domain of planetary thinking. 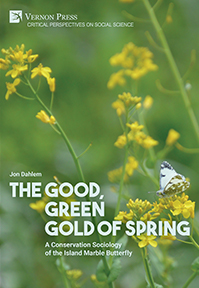 The Good, Green Gold of Spring: A Conservation Sociology of the Island Marble Butterfly 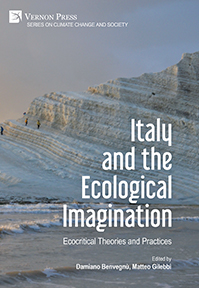 Italy and the Ecological Imagination: Ecocritical Theories and Practices

What can Italy teach us about our relationships with the nonhuman world in the current socio-environmental crisis? 'Italy and the Ecological Imagination: Ecocritical Theories and Practices' focuses on how Italian writers, activists, visual artists, and philosophers engage with real and fictional environments and how their engagements reflect, critique, and animate the approach that Italian culture has had toward the physical environment and its ecology since late antiquity. Through a comparative and interdisciplinary approach, the essays collected in this volume explore topics including climate change, environmental justice, animal ethics, and socio-environmental degradation to provide a cogent analysis of how Italian ecological narratives fit within the current transnational debate occurring in the Environmental Humanities. The aim of 'Italy and the Ecological Imagination' is thus to explore non-anthropocentric modes of thinking and interacting with the nonhuman world. The goal is to provide accounts of how Italian historical records have potentially shaped our environmental imagination and how contemporary Italian authors are developing approaches beyond humanism in order to raise questions about the role of humans in a possible (or potentially) post-natural world. Ultimately, the volume will offer a critical map of Italian contributions to our contemporary investigation of the relationships between human and nonhuman habitats and communities.