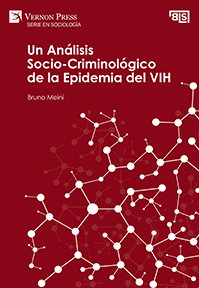 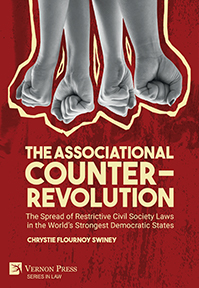 In an increasing number of countries around the globe, representing all regime types, in all regions, with all levels of economic and military strength, civil society’s autonomy from the state, its defining feature, is diminishing. While a variety of tools are used to restrict civil society organizations’ (CSOs) independence from the state, an increasingly popular and dangerously effective vehicle for accomplishing this goal is the law. Through the passage of legislation that imposes new restrictions on the ability of CSOs to operate free from excessive government scrutiny and control, governmental actors are gaining greater control over the non-governmental sector and in ways that benefit from the veneer of legality. Perplexingly, such laws are not only appearing in countries where they might be expected – Azerbaijan, Burundi, China, Egypt, Ethiopia, Russia, Zimbabwe, and countries throughout the Middle East. Indeed, they are increasingly appearing in democratic states too, including strong, fully consolidated democratic states with historically strong and independent civil society sectors: Canada, India, New Zealand, Spain, Israel, Hungary, Poland, and the US, to name just a few. Restrictive CSO laws, which are unsurprising in authoritarian-leaning states, are uniquely puzzling in the context of democratic ones, which have been the primary defenders, funders, and champions of a robust and independent civil society. This book explores this concerning and intriguing phenomenon by documenting its full scope and spread within the world’s strongest democratic states and attempting to explain its occurrence. Using a combination of mixed methods – theory, process tracing, interviews, and statistical analysis – this timely analysis helps to shed light on a global phenomenon that seems to be fueling the democratic backsliding visible in an increasing number of democracies throughout the world. This exploration, which bridges comparative and international law, international relations, democratic theory, and state-civil society relations, attempts to make sense of this global contagion, the closing space phenomenon, which threatens to undermine one of cornerstones of any democracy – a free and independent civil society – in the years and decades ahead. 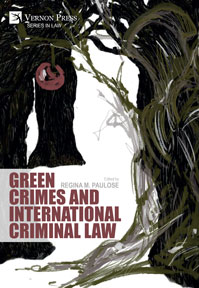 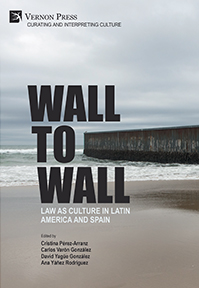 'Wall to Wall: Law as Culture in Latin America and Spain' comprises interventions from a wide array of scholars based in the US, Spain, and Latin America, exploring the encounter of Hispanophone cultures and the law. Its contributors delineate a fraught relationship of complicity, negotiation, and outright confrontation covering five centuries and a truly global landscape, from Inquisitorial processes at the onset of the Spanish Empire to last-ditch plans to preserve it in the 19th century Philippines, to the challenges to contemporary articulations of the nation-state in Catalonia. Beyond single, specialized time-period and national cultures, 'Wall to Wall' embraces and showcases the heterogeneity of the field, covering both well-known territory (Argentina, Mexico, Spain) and often-neglected cultures (Venezuela, Philippines, and indigenous communities in the Yucatan area), as well as problems that cannot be narrowed down to the nation-state (exile, independence processes, non-state laws, translation of foreign cultures). Contributors include: Aurélie Vialette, Daniel Aguirre-Oteiza, Daniela Dorfman, María Fernanda Lander, Gloria Elizabeth Chacón, Iván Trujillo, Benjamin Easton, Pauline de Tholozany, Lauren G.J. Reynolds, Ignasi Gozalo-Salellas, and Gabriela Balcarce. The chapters included foreground the conceptual diversity of the field, in dialogue with issues in literary and visual culture, (post-)colonialism, race, nationalism, gender, and class. Not only do they place vernacular objects in dialogue with current international concepts and methods, but these essays also aim to advance an autonomous conceptual and theoretical work-based approach. Its chapters aspire to enter a global discussion around the state-centered aspiration to shape culture and the many literary and cultural practices that escape it; researchers of those issues and Latin American and Iberian studies will find new venues to rethink their global archive. 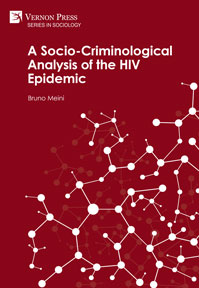