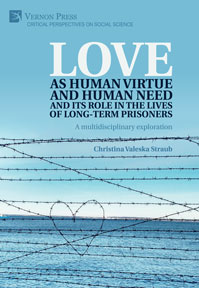 While the importance of love is rarely questioned, the effects of its presence and absence in certain environments often goes unnoticed. This book analyses the role of love in the lives of prisoners in a low security English prison. It seeks to provide a deeper insight into the meaning and role of love as a dual concept in the social-ecology of human existence, human development and well-being, and sets out to encourage a critical and practical (re)consideration of the potential benefits of love´s (re)inclusion into the prison set-up and purpose. This qualitative multidisciplinary analysis – based on psychological, moral philosophical, neuroscientific, and sociological literature – will appeal to postgraduates and early career researchers across the social sciences, as well practitioners of Criminal Justice and others interested in offender rehabilitation, and the effects of prison.

Science, Technology and Gender studies (STG) include the different approaches to feminist epistemologies, their current debates and also the theoretical analysis of different scientific controversies around cases that involve women's bodies and health, sex/gender, and techno-scientific practices. These studies are linked to the demand for another type of hybrid knowledge that revalorizes the practices, the embodied experience and care, as well as the subject positions traditionally excluded from the scientific community. The diversity of voices has allowed a plural knowledge in techno-scientific practices to emerge as well as the identification of gender, class, sexuality, race, functional diversity inequalities, for example. This has made possible a bioethical reflection which is not understood as abstract normative principles but linked to the practices and lived experience. Divided into three parts, this edited volume presents original and insightful research on STG from feminist epistemologies. The first part addresses fundamental theoretical questions that feminist epistemologies raise; and how they confront complex social problems, such as gender-based violence. The second part deals with research practices or processes, explicitly showing the relationship between science and policy. Finally, the third part presents some case studies that show the multidimensionality of the problems and the depth and richness of these analyses. The contributions included in the volume present original and in-depth research on local case studies within Spain. Not only challenging the hegemonic and global perspectives on different issues, this volume also opens up and enables discussion of these global narratives. This edited volume is a useful tool for researchers and university students in multiple fields such as gender studies, feminist epistemologies, STS, cultural history or transgender studies. 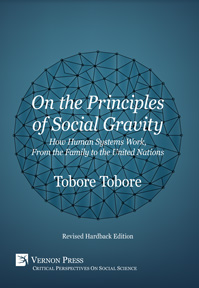 How Human Systems Work, From the Family to the United Nations

“On the Principles of Social Gravity” proposes a radical new way of thinking about social systems. It explains that all social systems –institutions created of and for human beings e.g. healthcare system, family, military etc., – are held together or governed by nine principles or rules. Using these principles, it examined the problems facing the US healthcare system, criminal justice system, social security, student debt crisis, tax policies, immigration, the political system, and the United Nations. Then, provided novel and unique solutions to them. It expands on the meaning of social entropy and explains how it affects all social systems. It explains new terms like social gravity, de-entropification, primary and secondary contributors, negative and positive homogeneity, positive and negative homogenous group, homogenization, etc. that many readers will find enlightening and very interesting. It is a book that is likely to spark national and even global discussions about many of the institutions we have created. It’s originality and usefulness makes it very likely that it will find a wide audience and many of its terms may become popular in the wider society. Since anyone could use the same principles developed in this book to understand and solve the problems with any social system, it will be useful for adoption in the university, for researchers and professors in the social sciences.

This book is an expedition into a number of controversial issues in the social sciences with the intention of challenging the conventional wisdom on those issues. While most social science research is interesting and important, a fair amount of social science research is thinly disguised advocacy research in which conclusions too often precede inquiries. The primary topics are those that the journal Nature described as "Taboo". In order of the degree of censure, the topics are: race, sex differences, intelligence, and violence. The only way to examine these topics with the social science seal of approval attached is through a strictly environmental lens. To bring biological factors to bear on them is politically incorrect and can bring the wrath of the academy down on one’s head. Although many researchers successfully bring biology into their research on these issues, they are said to risk career and reputation for doing so. Speech codes stifling free intellectual exchange pervade the ivory tower, and an overwhelmingly liberal faculty hell-bent on eliminating any vestiges of opposition to their ideology. This is unconscionable in an institution that is supposed to value free exchange of all ideas and opinions. The current state of academic social science is examined before entering the substantive realm to try to explore how the topics I explore have become protected from any claims of "naturalness." Because the left rejects the idea of human nature, it insists that these things are products of social learning and/or social construction and are entirely fluid. To maintain this position in light of the huge and exponential successes of the natural sciences, the left embraces such frames of reasoning as postmodernism, radical relativism, multiculturalism, and political correctness, all of which are examined in this book. Also discussed are human nature, whiteness studies, political temperaments, various criminal justice issues, and capitalism versus socialism.