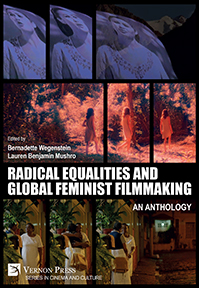 Hardback
$ 90
Availability: In stock
also in E-book $ 105 , Paperback $ 57
currency displayed based on your location
(click here to change currency)

This is an impressive and important collection of voices, positions and statements on the art and practice of feminist filmmaking. Its strengths are multiple. First of all, the book is extremely timely, in that it identifies the field and practice of feminist filmmaking in the first place, and that it goes to great lengths to ensure that the field is well represented in its vibrant diversity and the multiplicity of its voices and viewpoints from across the globe. The editorial introduction grounds the project in specific events and encounters between filmmakers, curators, producers and writers while explaining the book’s methodology, approach and political commitment. I really value the mix of live dialogue and critical commentary the book offers. A great deal of labour, attention, and care has clearly gone into staging all the dialogic encounters and ensuring that the collection works together as a whole.
This will be an important volume for a variety of audiences. It will serve as an inspiration to junior filmmakers who are still seeking their own voice as well as ways of negotiating with society's institutions and constraints, including those concerning gender. It will encourage critical reflection on (and hopefully practical change with regard to) the genres of film that women, gender-fluid and queer filmmakers are encouraged – and discouraged – to pursue. But “Radical Equalities and Global Feminist Filmmaking” will also be an important text for the interdisciplinary field of film studies and media studies more broadly, providing it with a live map of the most exciting and important developments and ideas around feminist filmmaking across the globe. There is nothing like it out there yet!

Radical Equalities and Global Feminist Filmmaking - An Anthology’s main objective is to exhibit and unveil the fruit of the growing movement of feminist filmmakers around the world through interviews with current filmmakers themselves and through critical analysis of the works of these filmmakers. Every filmmaker we examine tells their own story about radical equality from a place that they have lived, are drawing from, or have imagined. The common theme in all of the films of our selected filmmakers is the obligation they feel towards the oppressed and the resulting ethics of interdependence their films exhibit. Some films give voice to those who are suffering in the shadows, or have been silenced and murdered because of their political orientation and work; some films showcase vulnerable identities (especially gender identities) because the characters are inter-sex, transgender, of a marginalised class and skin color, are being forced into a split identity because of a colonial history, or because they are living in a part of the world from which they cannot escape. Other films highlight the feminist experience of lesbian love and its constraints or revolutions, the experience of motherhood, and the question of origin in all of its complexities.

The authors have, to date, conducted 16 interviews with filmmakers from around the world who, in very different ways - at times with comic relief , at times by pointing the cameras back at themselves, at times by inviting the viewer to grieve with them - question radical equality and vulnerability. We have selected these films on the basis of their unique stories and story-telling style, and their diverse points of view referencing different socio-political historical realities around the world. Each of them has one, if not several, female, intersex or non binary characters as their leads; each of them engage us with the question of feminism in a political way that highlights our obligation toward the character and her lived experience. Each of them focuses on “interdependence” as an aesthetic and cinematic principle. But what is most important is the fact that each filmmaker will be able to describe how they found their access and inspiration for their story, and how the film reflects on their own lived experience that is socio-economically and historically determined.

PART 2: OTHER BODIES AND THE TRANSFEMINIST MANIFESTO

Bernadette Wegenstein is an Austrian-born linguist, author and critically acclaimed documentary filmmaker living in Baltimore. Her work brings together her feminist thought and her interest in human-centric storytelling. She is a professor of Media Study at the Johns Hopkins University, where she directs the Center for Advanced Media Study. Her books include ‘Getting Under the Skin: Body and Media Theory,’ and ‘The Cosmetic Gaze: Body Modification and the Construction of Beauty.’ She is currently writing a monograph about the filmmaker Jane Campion. Her documentaries include ‘Made Over in America,’ ‘See You Soon Again,’ and ‘The Good Breast.’ Her most recent film ‘The Conductor’ won six best documentary awards (three audience awards) in the international festival circuits, had a US theatrical release, and a network premiere on PBS Great Performances. She is currently in post-production with the partly animated film ‘Devoti tutti,’ and in pre-production with the musical film ‘A Sweet Secret.’

Lauren Benjamin Mushro is a PhD student in the Department of Modern Languages and Literatures at Johns Hopkins University. Her work mainly focuses on counterculture DIY media productions and democratic transitions in Spain, Portugal, and Brazil. Mushro’s studies at Hopkins are interdisciplinary, allowing her research on Spanish and Lusophone gender politics to overlap with contemporary art, media theory, and film studies. Prior to arriving at Hopkins, Lauren earned a BA in Political Science and Hispanic Studies at Boston College, where she graduated magna cum laude, Phi Beta Kappa, and won the Andrés Bello Award. In recent years Mushro entered the production side of film, where she learned film editing and montage skills through courses at El Centre de Cultura de Dones Francesca Bonnemaison and while working in post-production on Wegenstein’s film ‘The Conductor.’ 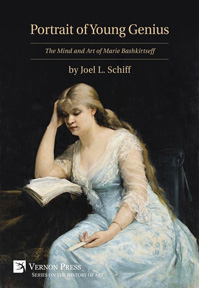 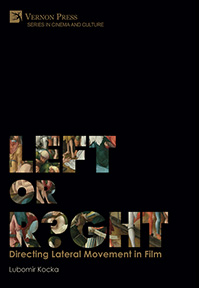