Hardback
$ 54
Availability: In stock
also in Paperback $ 45 , E-book $ 82
currency displayed based on your location
(click here to change currency)

"Fish in the Bible is a unique perspective on the symbolism, conceptualization and interpretation of “fish and fishermen” in the Bible and in the Christian faith tradition from a psycho-socio-political lens. It is an interesting and extraordinarily nuanced analysis of Biblical stories about fish as champions, antagonists, and nourishment and what meaning they present for us today. Cusack’s analysis is absorbing and theologically fascinating."

Fish in the Bible works on several specialized topics to argue that, overall, depictions of fish and fishermen in the Bible significantly and subtly shape Christian cultures even when Christians ignore or dismiss the robust ways in which fish and fishermen are characterized and treated in the Bible. Fish serve as a metaphor for God’s power, judgment, sin, and fertility; they are used to instill boundaries and standards in practitioners; and sometimes fish are worshiped, demonized, and subjugated. There is no clear or singular message regarding fish or fishermen; and Christian societies are left to abide by a patchwork of representations to formulate their own opinions and judgments. Social and behavioral science, as well as cultural customs, commerce, and current events demonstrate Christians’ navigation and interpretations of what their understandings and treatment of fish and fishermen ought to be.

Carmen M. Cusack, J.D., Ph.D.’s professional record includes hands-on experience, published research and firsthand studies on animals, religion, cultural studies, social science, law, justice and other topics discussed throughout the text. Dr. Cusack has conducted qualitative research and long-term follow-up studies about human-animal relationships in oceanic environments throughout the Caribbean, Gulf of Mexico, and other regions. She is the Editor of Journal of Law and Social Deviance. Her articles about animals have deeply analyzed pressing topics, including saving bovines from gender-selective maltreatment and saving the white tiger. Dr. Cusack has published eight books discussing religion, culture, and animals, including Animals in Criminal Justice (Transaction Publishers, 2015) and Animals, Deviance, and Sex (Cambridge Scholars Publishing, 2015). She teaches Animals and Criminal Justice at Nova Southeastern University. 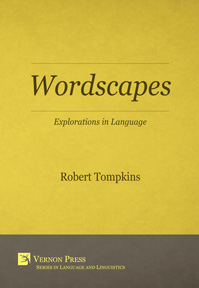