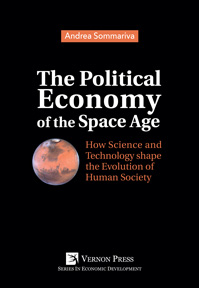 Hardback
$ 61
Availability: In stock
also in E-book $ 58 , Paperback $ 54
currency displayed based on your location
(click here to change currency)

The book contains a story of space exploration, from the economical viewpoint. This contains much novelty, since most other books on the history of astronautics touch on the economic aspects only marginally. The author is very well qualified and his writing is quite involving. A very strong point is the fact that is much open to the future, dealing not only with Mars exploration but also with the exploration of extrasolar planets, while most of the works dealing with space economy usually stop to LEO commercialization and the most advanced topics they deal with is related to the Moon or the asteroids.
I find the book quite innovative and interesting. It can be used for postgraduate courses in space economy.

Professor Giancarlo Genta,
Director of the Aerospace Department at the Polytechnic University of Turin, Italy


Andrea Sommariva's book on the Political Economy of the Space Age is, first of all, a thoroughly researched account of the history and evolution of a field of theoretical and practical engagement which will shape the future of Human Society, as the title rightly states.
It provides the basis to understand better an area of scientific and technological research as well as of economic initiatives which are receiving growing interest both at the academic and at the practical level, and which will inevitably see a booming of its importance in the coming years. Even more than in similar breakthrough cases, those who engage in the related activities will benefit from a considerable advantage in tackling the economic challenges of the coming years.
At the same time, this book provides, through a fascinating reading, the possibility to jump into the (near) future and to imagine feasible solutions to many of the problems (e.g. for some natural resources) that today look very difficult to cope with.

This book provides answers to the questions of why human-kind should go into space, and on the relative roles of governments and markets in the evolution of the space economy. It adopts an interdisciplinary approach to answer those questions. Science and technology define the boundaries of what is possible. The realization of the possible depends on economic, institutional, and political factors. The book thus draws from many different academic areas such as physical science, astronomy, astronautics, political science, economics, sociology, cultural studies, and history.

In the literature, the space economy has been analyzed using different approaches from science and technology to the effects of public expenditures on economic growth and to medium term effects on productivity and growth. This book brings all these aspects together following the evolutionary theory of economic change. It studies processes that transform the economy through the interactions among diverse economic agents, governments, and the extra-systemic environment in which governments operate. Its historical part helps to better understand motivations and constraints - technical, political, and economical - that shaped the growth of the space economy. In the medium term, global issues - such as population changes, critical or limited natural resources, and environmental damages – and technological innovations are the main drivers for the evolution of the space economy beyond Earth orbit.

In universities, this book can be used: as a reference by historians of astronautics; for researchers in the field of astronautics, international political economy, and legal issues related to the space economy. In think tanks and public institutions, both national and international, this book provides an input to the ongoing debate on the collaboration among space agencies and the role of private companies in the development of the space economy. Finally, this book will help the educated general public to orient himself in the forest of stimuli, news, and solicitations to which he is daily subjected by the media, television and radio, and to react in less passive ways to those stimuli.

Economist by profession, but fascinated by many other disciplines. He has worked for international organizations, multinational companies, and has spent many years in the Far East as a consultant. His interest in astronautics stems from a collaboration with Prof. Bignami, a world known astrophysicist, and from long discussions with him and other members of the International Academy of Astronautics (IAA) on the possible effects of the use of space on the world economy and international relations. He is a member of the IAA Study Group 3.17 on Space Mineral Resources - Challenges and Opportunities. At present, he is the director of a center (SEE Lab) for the analysis of the evolution of the space economy within the SDA Bocconi in Milan, a leading business school in Europe. The Center is a global community using innovative strategies to tackle the challenges posed by the evolution of the space economy. He is the author of numerous publications on international business, economic history, and the space economy. He collaborates with some journals devoted to the analysis of the political, economic, and military implications of the use of space. 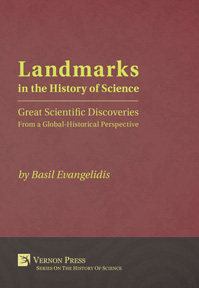