Hardback
$ 67
Availability: In stock
also in E-book $ 63 , Paperback $ 59
currency displayed based on your location
(click here to change currency)

This collection is about composing thought at the level of modernism and decomposing it at the postmodern level where many cocks might crow with African philosophy as a focal point. It has two parts: part one is titled ‘The Journey of Reason in African Philosophy’, and part two is titled ‘African Philosophy and Postmodern Thinking’. There are seven chapters in both parts. Five of the essays are reprinted here as important selections while nine are completely new essays commissioned for this book. As their titles suggest, in part one, African philosophy is unfolded in the manifestation of reason as embedded in modern thought while in part two, it draws the effect of reason as implicated in the postmodern orientation. While part one strikes at what V. Y. Mudimbe calls the “colonising structure” or the Greco-European logo-phallo-euro-centricism in thought, part two bashes the excesses of modernism and partly valorises postmodernism. In some chapters, modernism is presented as an intellectual version of communalism characterised by the cliché: ‘our people say’. Our thinking is that the voice of reason is not the voice of the people but the voice of an individual.

The idea of this book is to open new vistas for the discipline of African philosophy. African philosophy is thus presented as a disagreement discourse. Without rivalry of thoughts, Africa will settle for far less. This gives postmodernism an important place, perhaps deservedly more important than history of philosophy allocates to it. It is that philosophical moment that says ‘philosophers must cease speaking like gods in their hegemonic cultural shrines and begin to converse across borders with one another’. In this conversation, the goal for African philosophers must not be to find final answers but to sustain the conversation which alone can extend human reason to its furthermost reaches.

Jonathan O. Chimakonam PhD is Senior Lecturer at the University of Calabar, Nigeria, and Research Fellow at the University of Pretoria, South Africa. He is also Convener for the African Philosophy Circle at the Conversational School of Philosophy (CSP) and the Area Editor for African philosophy at the Internet Encyclopedia of Philosophy. Chimakonam has published widely in reputable international journals and has given several international conference lectures. In 2016 Chimakonam was presented the Jens Jacobsen Research Award for Outstanding Research in Philosophy by the International Society for Universal Dialogue. His teaching and research interests include African Philosophy, Logic, Feminism, Environmental Ethics and Postcolonial thought.

Edwin E. Etieyibo has a PhD from the University of Alberta. In 2012 he became Associate Professor of Philosophy at the University of the Witwatersrand, South Africa. He has also held positions at the University of Alberta and Athabasca University, Canada. He has co-authored and edited several books including of Disabilities in Nigeria: Attitudes, Reactions, and Remediation (with Odirn Omiegbe, 2017), Perspectives in Social Contract Theory (2018), Decolonisation, Africanisation and the Philosophy Curriculum (2018) and Methods, Substance and the Future of African Philosophy (2018). He has also been a guest editor at the South African Journal of Philosophy for their special issue on “Africanising the Philosophy Curriculum in Universities in Africa.” Etieyibo specializes in ethics, social and political philosophy, African philosophy, and social contract theories. 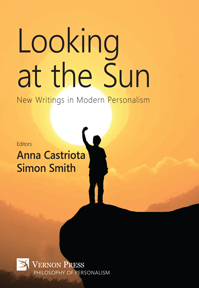 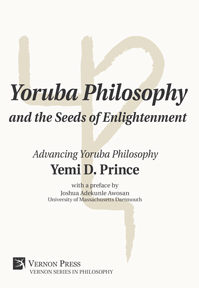