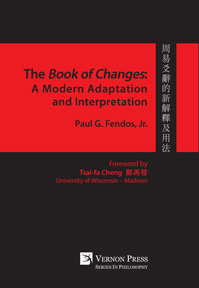 Paperback
$ 55
Availability: In stock
also in Hardback $ 63 , E-book $ 59
currency displayed based on your location
(click here to change currency)

“'All things change.' This statement reflects the Asian way of thinking and living, a way which sees the world not as static but dynamic, not as analytic but holistic, and not as absolute but relative.The author has devoted a great deal of time for understanding the 'Book of Changes' and interpreting its ideas from a modern perspective, fulfilling, in the process, the mission of creating a work that demonstrates integrity in scholarship and readability for the non-specialist."

The clear and concise general introduction to the Book of Changes that is incorporated into this work, the many interpretations of the line texts contained in it, and a popular philosophical content make this book a welcome addition to the field and will attract interested scholars and teachers, engage business people or those looking to better understand Chinese culture, and appeal to those focused on spirituality and holistic living.

Divisions of the Book of Changes

3. A Philosophy of Change
Naturalist Philosophy and the Correlative World View
Line Text Imagery, Metaphor, and Patterns of Change

Dr. Paul G. Fendos, Jr., received his Ph.D. in Chinese from the University of Wisconsin – Madison, where he completed his doctoral dissertation on the Book of Changes. He has almost twenty-five years of experience teaching Chinese Studies at the university and college level and has lived and taught some sixteen years in East Asia, including two stints in the People’s Republic of China on fellowships awarded by the United States Department of State. He presently teaches Chinese Studies at several colleges in the Minnesota State System.