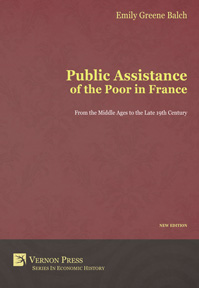 Hardback
$ 30
Availability: In stock
currency displayed based on your location
(click here to change currency)

This book is a historical assessment of state institutions and other social arrangements put in place to alleviate poverty in France. It draws from both primary (notably archives of the Church) and secondary sources (such as Monnier’s Histoire de l’Assistance Publique). It offers a comparative perspective with respect to contemporary arrangements in Britain and the United States, including some early poverty statistics. The result is a useful and concise account of the history of social institutions which continues to be of relevance over a century after its initial publication.
This New Edition has been typeset with modern techniques. It has been painstakingly proofread to ensure that it is free from errors.

Emily Greene Balch (1867-1961) was Professor of Economics and Sociology at Wellesley College. Prof. Balch was noted for her exceptional breadth of knowledge, excellence in teaching, commitment to international peace but above all her social consciousness and strong sense of civic duty. Her research and political activism made notable contributions to movements for racial justice, women’s suffrage, labor conditions and the treatment of victims of war. Her enduring work was recognized by the award of the Nobel Peace Prize in 1946. 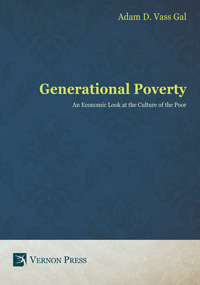