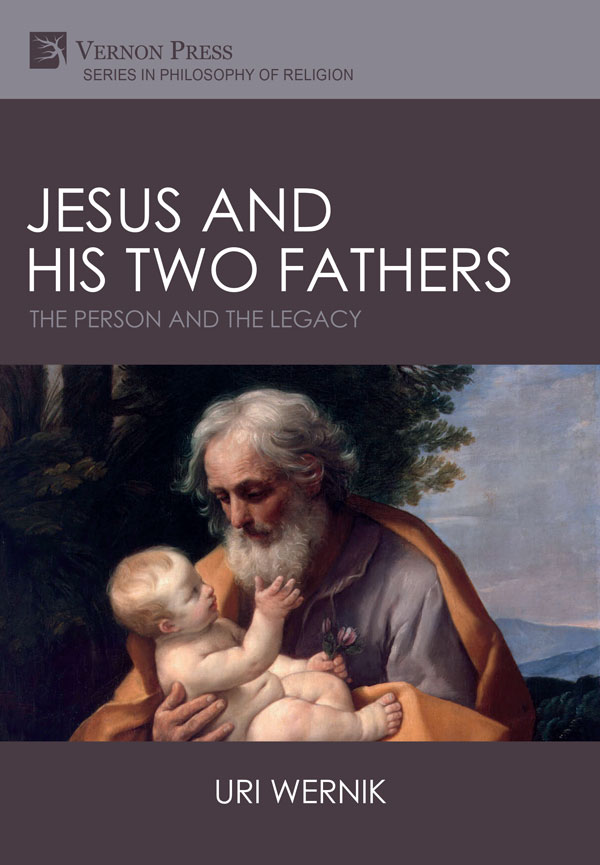 E-book
$ 94
Availability: Available through resellers
also in Hardback $ 62 , Paperback $ 54
currency displayed based on your location
(click here to change currency)

The narrative of Jesus’s life, mission, and afterlife that shaped the history of the world in the last two millennia still haunts readers in the 21st century as the persistent list of titles on Jesus indicates. Uri Wernik’s Jesus and his Two Fathers is a welcome addition to this list. Original and insightful in contents, lucid and engaging in style, it articulates Jesus legacy in the context of his family, disciples, culture, and politics. Using notions and methods from diverse branches of psychology, Wernik astutely peels off the outer layers of early Christology’s and Pauline revisions, to discover Jesus as a Jewish reformer, in the spirit of the biblical prophets. This book can find its way to the minds and hearts of many interested readers.

Yoram Bilu, professor emeritus of psychology and anthropology, Hebrew University. Member of the Israeli Academy of Sciences and Humanities

Dr. Uri Wernik has written an unusual and creative book. Drawing on recent advances in Famiily Constellation, psychoanalysis, social psychology and other social sciences, he presents a new and exciting view of Jesus. Especially interesting is his discussion of the role of a step-father in Jesus’s development. This book should be read by anyone interested in obtaining a new perspective on Jesus and the Gospels.

Who was Jesus in real life? What inspired his ideas? What did he aim to achieve? What drew his disciples to him? How was he influenced by them? Unlike the many “quests for the historical Jesus”, as a psychologist, Wernik answers these questions from the perspectives of psychology and the social sciences.

This book’s central axis is the theme of the father. It looks at the family constellation into which Jesus was born, where he was raised by a stepfather. It also investigates the relationship he develops with God, his father in heaven; and examines how he became a father figure to his disciples and followers. It is hoped that readers will also think about their own father when reading, the one usually called “dad”.

Jesus and His Two Fathers sees Jesus’ love of peace and appeasement doctrine, as well as his difficulty with anger control, in the context of his upbringing and family constellation. Wernik offers a solution to the problem of the “missing years” which were unaccounted in the New Testament. He examines the internal conflicts in Jesus’ movement, and the tensions with the religious establishment, which led to his death. Jesus did not see himself as the Messiah, and Wernik shows him in fact as a great reformer of Judaism, who changed the notions of righteousness, the relation of the believers to God, and the status of the commandments.

This book will be of interest to scholars, teachers and students in the humanities and social sciences, among others in the fields of religion, especially Christianity and Judaism. It is aimed at interested discerning readers of non-fiction in these areas.

Acknowledgments
Introduction
1. Jesus of Psychology
1.1 Games Patographers Play
1.2 Games Psychoanalysts Play
1.3 Third Wave Psychological Quest
2. In Search of the Father
2.1 Family Life
2.2 Jesus, his Mother, and Stepfather
2.3 Fathers and Sons
2.4 Family Issues
3. Traits and Temperament
3.1 Seek and You Shall Find
3.2 Appeasement and Anger
3.3 Gift of Grace
4. Circumstances and Roles
4.1 Form and Pressure of the Time
4.2 A Faithful Prophet
4.3 Rabbi, Healing, and Miracles
4.4 Rebel or Prince of Peace
5. The Father and the Son
5.1 From King to Father in Heaven
5.2 From Jesus to the Son of Man
5.3 From the Son of Man to the Son of God
6. The Gospel of the Kingdom
6.1 The Kingdom and the Day of the Lord
6.2 The Kingdom within and between You
6.3 The Kingdom Campaign
6.4 A Kingdom not of this World
7. Group, Leader, and Followers
7.1 Joining and Excluding
7.2 Economics of Religion
7.3 Followship and Commitment
7.4 Factions, Jesus, and Judas
8. Crucifixion and Resurrection
8.1 Belief and Crisis
8.2 From Misery to Victory
8.3 From Jesus to Christ
8.4 Conclusion
Appendix
Endnotes
Selected Bibliography
Index

Uri Wernik, Psy.D is a senior clinical and medical psychologist and certified sex therapist. He is in private practice and his work experience includes heading a unit for autistic adolescents in a psychiatric hospital, advising staff and students at the Bezalel Academy of Art and Design, and facilitating groups for bereaved parents.

Dr. Wernik is a graduate of the Hebrew University of Jerusalem and the University of Illinois at Urbana-Champaign. He is a founding member and former chairman of Transtherapy.org. He has published Nietzsche Trauma and Overcoming: The psychology of the psychologist (Wilmington, DE : Vernon Press, 2018), Nietzschean Psychology and Psychotherapy: The New Doctors of the Soul (Lanham, MD: Lexington, 2016), Chance Action Therapy: The playful way of changing (New York, Nova Science Publishers, 2010) and eight books in Hebrew, among them I Qoheleth [Ecclesiastes]: Psychologist, Philosopher, Poet (Jerusalem: Carmel, 1998) as well as books in the areas of sexuality, couple relationships and self-help. In addition, he has published articles on psychotherapy, sexuality, psychology of religion and creativity. Further information can be found at his website http://therapy.co.il.

Jesus of history, Jesus of faith, social psychology and cognitive dissonance theory, leadership and followers, the scapegoating of Jesus, Jesus as a Jewish reformer, Messianism