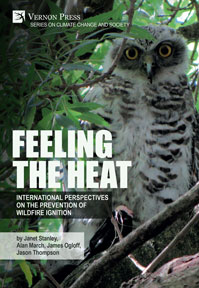 Paperback
$ 44
Availability: In stock
also in Hardback $ 63 , E-book $ 99
currency displayed based on your location
(click here to change currency)

In the context of climate change, world population growth and crashing ecological systems, wildfire is often a catastrophic and traumatic event. Its impact can include loss of life, life-changing injuries, long-term psychological stress; increases in domestic violence; destruction of properties, business and livestock; long-term housing insecurity; increased insurance premiums, fire-fighting, legal and health costs; as well as significant changes and species losses in the natural environment.

‘Feeling the heat: International perspectives on the prevention of wildfire ignition’ is the culmination of over a decade of research into wildfires and arson; taking an interdisciplinary approach to comprehensively understand the topic.

This book reviews current international knowledge and presents new findings on political, spatial, psychological, socio-ecological and socio-economic risk factors. It argues that if we are to reverse the increasing occurrence and severity of wildfires, all prevention approaches must be utilised, broadening from heavy reliance on environmental modification. Such prevention measures range from the critical importance of reducing greenhouse gases to addressing the psychological and socio-economic drivers of arson. In particular, it calls for a coordinated and collaborative approach across sectors, including place-based, state and country coordination, as well as an international body. It will hold appeal for researchers and students from a range of disciplines and interests, government planners and policymakers, emergency services, counsellors and NGOs, and those in agriculture and forestry.

Chapter 1 Wildfires: We have a problem

Chapter 2 Why do wildfires happen?

Chapter 3 Who lights fires and why?

Chapter 8 Prevention of wildfire at the expense of the environment

Chapter 9 Fires amid a flood of data

Chapter 10 A new approach to the prevention of wildfires

Associate Professor Janet Stanley is Principal Research Fellow at the Melbourne Sustainable Society Institute, School of Design, University of Melbourne. Janet’s work focuses on the interface between social, environmental, and economic issues across policy, system design, and community levels. Janet has specialised in wildfire and arson and related fields of child abuse, policy, and climate change, for 30 years, with approximately 150 publications, including five authored and edited books.

Professor Alan March is based in the School of Design at the University of Melbourne. Alan has practised urban planning since 1991 in private sector and government settings in Australia and internationally. He has supervised over 60 students’ theses and has many publications. He researches how planning and design can modify disaster risks, researches urban design principles for wildfire, arson, and emergency services policy.

Professor James Ogloff trained as a lawyer and psychologist. He is Director of the Centre for Forensic Behavioural Science at Swinburne University and Executive Director of Psychological Services and Research at Forensicare, the Victorian forensic mental health service. James has 17 books and 300 scholarly papers on criminal behaviour, sentencing, and arson. James received the Order of Australia for significant service to education and the law, and in 2018, the American Psychology-Law Society Award for Distinguished Contributions to Psychology and Law.

Dr Jason Thompson holds a PhD in Medicine, Masters in Clinical Psychology, and a Bachelor of Science (Hons). Jason is an Australian Research Council Discovery Early Career Research Fellow with the University of Melbourne. Dr Thompson has expertise in computational social science for the analysis and modelling of urban and social systems, and Agent-Based Modelling. His work focuses on the translation of research into practice, including the prediction of arson events.

Series on Climate Change and Society 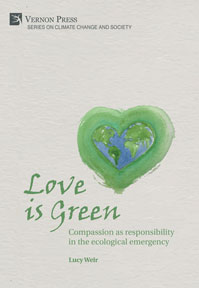 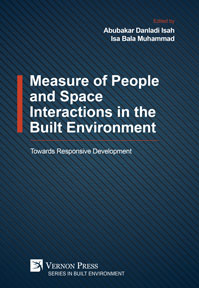 Measure of People and Space Interactions in the Built Environment 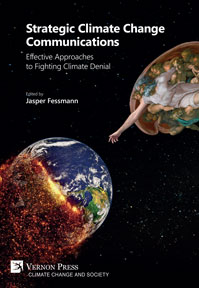