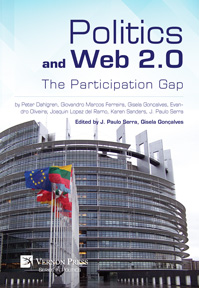 A point of departure for this book is the paradox between the seemingly limitless promise modern web technologies hold for enhanced political communication and their limited actual contribution. Empirical evidence indicates that neither citizens nor political parties are taking full advantage of online platforms to advance political participation. This is particularly evident when considering the websites of political parties, which have taken on two main functions: i) Disseminating information to citizens and journalists about the history, structure, programme and activities of the party; ii) Monitoring citizens’ opinions in regard to different political questions and policy proposals that are under discussion. Despite the integration of websites into political parties’ “permanent campaigns” (Blumenthal), television continues to be seen as the core medium in political communication and one-way and top-down communication strategies still prevail. In other words, it is still “business as usual”.

This book questions whether Web 2.0 could help enhance citizens’ political participation. It offers a critical examination of the current state of the art from diverse perspectives, highlights persisting gaps in our knowledge and identifies a promising stream of further research. The ambition is to stimulate debate around the party-citizen "participation mismatch" and the role and place of modern web technologies in this setting.

Each of the included chapters provide valuable explorations of the ways in which political parties motivate, make use of and are shaped by citizen participation in the Web 2.0 era. Diverse perspectives are employed, drawing examples from several European political systems and offering analytical insights at both the individual/micro level and at broader, macro or inter-societal systems level. Taken together, they offer a balanced and thought-provoking account of the political participation gap, its causes and consequences for political communication and democratic politics, as well as pointing the way to new forms of contemporary political participation.

Chapter 1. In search of a return to communication (studies) as a factor of social change: Web 2.0 and political participation, Giovandro Marcos Ferreira (Federal University of Bahia, Brazil)

Chapter 5. Talk to me and I will talk for you: Relationships between Citizens and Politics on the example of Portuguese Members of Parliament online communication, Evandro Oliveira (Leipzig University and University of Minho) & Gisela Gonçalves (University of Beira Interior, Portugal)

Paulo Serra has a Graduation in Philosophy, and a Master’s Degree and a PhD in Communication Sciences. He is Professor at the Department of Communication Sciences of University of Beira Interior (UBI), Portugal, and researcher in the unit Labcom.IFP, where he coordinates the Communication and Media Group. He is currently the Chairman of Sopcom (Portuguese Association of Communication Sciences). He was the prime investigator of the project ‘New media and politics: citizen participation in the websites of Portuguese political parties’, funded by the Portuguese Foundation on Science and Technology (FCT), and developed at University of Beira Interior from March 2012 to February 2015. He authored the books Information as Utopia (1998), Information and Sense (2003) and Communication Theory Handbook (2008), and co-authored the book Information and Persuasion on the Web (2009). He has also co-edited several books and authored several book chapters and articles in journals and collective works.

Gisela Gonçalves has a master’s Degree and a PhD in Communication Sciences, and she is Professor and Head of the Department of Communication and Arts of the University of Beira Interior (UBI, Covilhã, Portugal). She develops her research activity at LabCom.IFP – a Communication, Philosophy and Humanities research centre. In 2014 she was elected vice-chair of the Organizational and Strategic Communication section of ECREA. Her current research interests are Public Relations Theories, Communication Ethics and Government Communication. Her work has been published in a wide range of public relations and communication management journals and in various edited collections. She authored the books “Introduction to the theory o public relations” (2010); “The Dialogue Imperative” (2012) and “Public Relations Ethics” (2013).