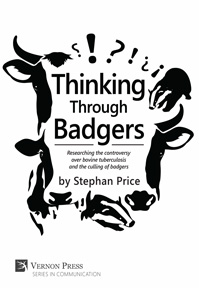 by Stephan Price (University of Exeter)

"This is a refreshing account of research in all its entanglements – the research embedded in the contemporary neo-liberal university, in the careers of the connected academics, in the ‘life’, thoughts and reflections of the frontline researcher, and in the moments of connection between the researcher and the interviewees – here allowed to speak through extensive unmediated interview quotes.

If Les Back’s (2016) Academic Diary is a reflection on ‘Why Higher Education still matters’ from the perspective of a professor at the height of their career, ‘Thinking Through Badgers’ reflects on the research process and academia from the perspective of someone at the faltering early stages, wracked with doubt about the value and opportunity a life in academia can afford. Stephan Price, a researcher on an interdisciplinary project navigating the contested politics of the bTB badger cull, documents the research process in all its glory. The reader is taken from meetings with The Professors (and their smartphones), interviews with cull supporters and opponents, DEFRA consultation events (with or without Post-It notes), allowing a true appreciation of the commitment required to get everyone in same room for some good-old stakeholder dialogue. Stephan considers the effect of how we fund, structure and undertake research on the outcomes of the research itself, just as he critiques the practice and implications of ways of doing ‘evidence-based’ policy-making. Woven through this is a compelling story of the politics, science and practice of the bTB controversy in the UK. Stephan reads, baulks at, troubles over and holds up to scrutiny academic writing on the geographies of nature, philosophy of science and democracy, constantly trying to pull these back to the question of what it all means for cattle and badgers.

Stephan brings the sense of immediacy and openness that comes from good blogging into the book form.

This is likely to appeal particularly to PhD students, early career academics and academics interested in the ‘doing’ of research. The detailing of the conflict itself, the voices of the interviewees laid out in extensive sections, and Price’s reflections on environment conflict, the science-policy interface and the issues of participatory democracy is a useful resource for academics, policy-makers and environmental activists whose work touches this particular conflict."

Bovine tuberculosis is seriously damaging the UK dairy and beef industry. Many farmers believe culling badgers must be part of the solution, but in 2013 a record 300,000 people signed a Downing Street petition asking the government to stop planned culls of badgers in Somerset and Gloucestershire, fuelling media controversy and signalling the beginning of a social conflict that was acted out in studios, streets, fields and village halls across England. The four-year trial culls, which began that year, aimed to establish that culling was a viable way of tackling the disease, but the widely divergent experiences and values of policy-makers, farming, conservation and animal welfare supporters means that decades of science on the disease in badgers and the effects of culling has not helped resolve the dispute.

Reporting on original, UK research council-funded social science, this book takes on the challenge of understanding the contrasting views involved. Listening carefully to what the different protagonists have to say, the book unpicks the way science is interpreted to sustain differing conclusions, and considers how social science thinking could contribute. The book develops a critical perspective on the increasingly important literature influenced by new materialism, the social science response to the Science Wars, and explores the extent to which a social movement around opposition to the culls is emerging. In approachable prose, this access-all-areas account describes the struggle to develop understanding through the messy process of research and the difficulties of scientific analysis and philosophical thought. As such, it provides a valuable resource for both research practitioners and teachers within the social sciences, as well as an accessible way for biological scientists, conservationists and farmers to reflect on the issues around the management of disease in livestock and wildlife. 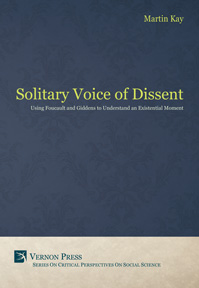 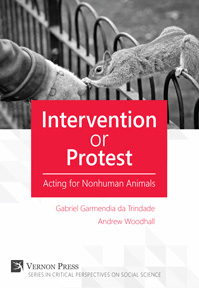