Hardback
$ 63
Availability: In stock
also in E-book $ 59 , Paperback $ 55
currency displayed based on your location
(click here to change currency)

The anthology explores the interrelationship between migration and a supposedly existent crisis of the modern nation state. The argument of such a crisis is mainly used by the New Right to stimulate nationalist feelings and provoke hate and aggression. We, in contrast to this perception, argue that from a historical and current perspective, migration is not endangering the nation state, but rather changing the idea of a nation itself by redefining it. In historical as well as current case studies, the authors determine the political dangers of right wing demagogues, while emphasizing the chances, immigration is offering the progress of the nation state.
While it will be discussed how nationalism is impacting on the perception of migration, we also want to emphasize how it is perceived by the people in the specific regions, which are either confronted with migration or those which are not. The authors for the volume come from different fields, namely history and political sciences, and are consequently able to offer the reader a broad insight into the historical roots and the current consequences nationalism had or has on the perception and the local as well as global policies towards migration. The analysis of particular immigrant groups (e.g. North Koreans in post-war Korea, South Asians in the Emirates, Middle Eastern refugees in Europe, Hispanics in the United States) as well as a close reading of crisis related media (newspapers and other media in Europe and the US) will, all in all, establish a broad perspective, due to which the reader will be able to compare and connect the national events to a larger global picture.

2. Refugees and the State in Interwar Greece: A Story of Mutual Transformation
Emilia Salvanou

3. Repatriation and the Crisis of the North Korean Nation State in the Early Cold War
Frank Jacob

4. “My Grandparents Came Here Legally, Learned the Language, and Wanted to Be an American!”: The Nostalgic Construction of Pre-1965 U.S. Immigration in Contemporary Nativist Discourses
Justin D. García

Current Politics and the Migration Issue

6. Immigration and National Security in the UAE: Between Realism and Constructivism
Kristian Alexander and Adam Luedtke

7. Understanding Policy Change: The Dynamics of Immigration Policy Formation in France, Britain and the United States
Simon Reich and Martin A. Schain

10. The Differing Perceptions of Zones of Exclusion: The Redefinition of the Modern European Protectionist State in an Era of Unprecedented Irregular Migration
DeMond Miller and Sotiris Chtouris

11. The Press in Europe: Covering the Migrant Crisis or Generating Crisis?
Alexander Caviedes

Dr. Frank Jacob is Assistant Professor of World History at Queensborough Community College (CUNY). He has authored and edited more than 40 books and his research foci include Japanese History, Military History and the History of the Transatlantic Left.

Dr. Adam Luedtke is Assistant Professor of Political Science at Queensborough Community College (CUNY). His research focuses on migration and reactions to it, with a special focus on Europe. 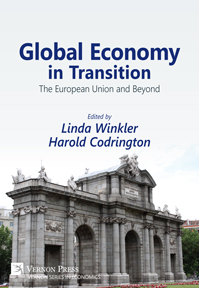