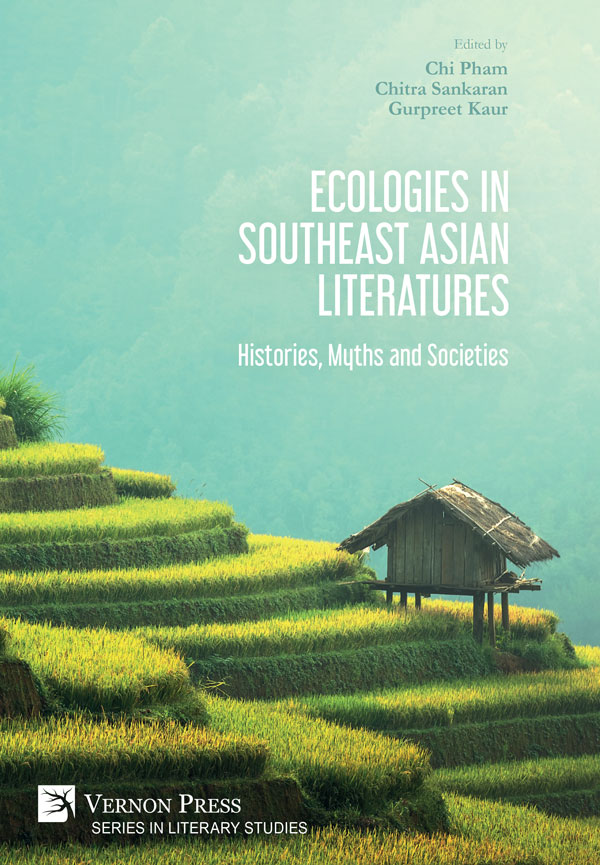 E-book
$ 60
Availability: Available through resellers
also in Hardback $ 35 , Paperback $ 27
currency displayed based on your location
(click here to change currency)

"Ecologies in Southeast Asian Literatures" is truly an exciting and original contribution to the rapidly growing field of ecocriticism. I agree with the editors that the emphasis on the mythic and socio-cultural dimensions of Southeast Asian environmental literature in this collection adds a new dimension to previous ecocritical approaches to literature from this part of the world. What is particularly exciting, is the fact that so many of the contributors to this book come from the countries they are writing about and are thus able to express both local perspectives and authoritative scholarly interpretations of the issues and materials they study.
I believe this work will appeal widely to scholars in the environmental humanities field, not only in ecocriticism per se. There are researchers who work specifically in such subfields as disaster studies, endangered species and literature, environmental nostalgia, food and farming in environmental literature, the study of urban places, war and ecology, and eco-mythology, all of which are explored in this book. The fact that this is a trans-national volume, too, places the collection in the vanguard of environmental humanities research. These studies offer cultural specificities and overarching bioregional perspectives, both of which are necessary for authoritative environmental humanities analyses.

This edited volume furthers the study of Southeast Asian ecocriticism, focusing specifically on prominent myths and histories and the myriad ways in which they connect to the social fabric of the region. Our book is an original contribution to the expanding field of ecocriticism, as it highlights the mytho-historical basis of many of the region’s literatures and their relationship to the environment.

The varied articles in this volume together explore the idea of nature and its relationship with humans. The always problematic questions that surround such explorations, such as “why do we regard nature as ‘external’?” or “how is humankind a continuum with nature?”, emerge throughout the volume either overtly or implicitly. As Pepper (1993) points out, what Karl Marx referenced as ‘first’ or ‘external’ nature gave rise to humankind. But humanity “worked on this ‘first’ nature to produce a ‘second’ nature: the material creations of society plus its institutions, ideas and values.” (Pepper, 108). Thus, our volume constantly negotiates this field of ideas and belief systems, in diverse ways and in various cultures, attempting to relate them to the current ecological predicaments of ASEAN. It will likely prove an invaluable resource for scholars and students of ecocriticism and, more broadly, of Southeast Asian cultures and literatures.

Chapter 4
A Return to Innocence: Encountering the Numinous in Children’s Fantasy Fiction by Cyan Abad-Jugo
Gabriela Lee, University of the Philippines, Philippines

Chapter 10
Tales from the Mouth of the River: Ecocritical Mythology and Philippine Epic Poetry
Timothy F. Ong, University of the Philippines, Philippines

Chi Pham (PhD) is a tenure-researcher at the Institute of Literature in the Vietnam Academy of Social Sciences. She completed her PhD in Comparative Literature at the University of California, Riverside (USA). Her dissertation, her researched articles and conference presentations examine Vietnamese literature and politics. Of late, Chi has become increasingly interested in the field of literature and the environment; she chaired the organising committee of the second ASLE-ASEAN conference in Hanoi (January 2018), for which she put together the call for papers. Chi’s native knowledge of Vietnamese culture and literature adds a dimension of authenticity.

Chitra Sankaran (PhD) is an Associate Professor in the Department of English Language and Literature, NUS. Her research interests include South and Southeast Asian fiction, feminist theory and ecocriticism. In 2012, she published History, Narrative and Testimony in Amitav Ghosh’s Fiction with SUNY Press. Her other publications include monographs, edited volumes on Asian Literatures, chapters in books and research articles in IRJs including Journal of Commonwealth Literature, ARIEL, Theatre Research International, Journal of South Asian Literature, Australian Feminist Studies and Critical Asian Studies. She is an invited contributor to the Oxford History of the Novel in English (OHNE) series. She is currently working on ecofeminism in South Asian and Southeast Asian fictions.

Gurpreet Kaur (PhD) has recently finished her PhD in English and Comparative Literatures from the University of Warwick, UK. She received her BA (Hons) and MA degrees in English Language and Literature from the National University of Singapore. Her research, publications and conference presentations centre on postcolonial ecofeminism, South Asian and Southeast Asian fiction, film and gender studies.