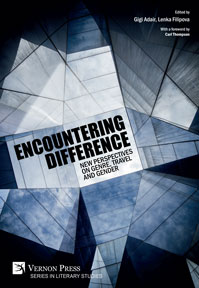 Hardback
$ 71
Availability: In stock
also in E-book $ 73 , Paperback $ 63
currency displayed based on your location
(click here to change currency)

The volume contains a variety of consistently high-quality and wide-ranging essays. Introduction, essays and apparatus are high standard, and there is a particularly impressive grasp of recent secondary material.

This edited collection poses crucial questions about the relationship between gender and genre in travel writing, asking how gender shapes formal and thematic approaches to the various generic forms employed to represent and recreate travel. While the question of the genre of travel writing has often been debated (is it a genre, a hybrid genre, a sub-genre of autobiography?), and recent years have been much attention to travel writing and gender, these have rarely been combined.

This book sheds light on how the gendered nature of writing and reading about travel affect the genre choices and strategies of writers, as well as the way in which travel writing is received. It reconsiders traditional and frequently studied forms of travel writing, both European and non-European. In addition, it pursues questions about the connections between travel writing and other genres, such as the novel and films, minor forms including journalism and blogging, and new sub-genres such as the ‘new nature writing’; focusing in particular on the political ramifications of genre in travel writing. The collection is international in focus with discussions of works by authors from Europe, Asia, Australia, and both North and South America; consequently, it will be of great interest to scholars and historians in those regions.

1. Do Genre and Gender Condition Each Other in Travel Writing?
Barbara Schaff
Georg-August-Universität Göttingen, Germany

Dr. Gigi Adair (editor) is an assistant professor at the Department of English and American Studies at the University of Bielefeld. She specialises in Postcolonial Studies and British Literature of the nineteenth and twentieth centuries with her first monograph, Kinship Across the Black Atlantic: writing diasporic relations, due to be published by Liverpool University Press in 2019. Her work on Isabella Bird has been published in Studies in Travel Writing, and a chapter on the nineteenth-century Indian traveller Bholanauth Chunder is forthcoming. Adair’s current project concerns travelling masculinities in nineteenth-century British and Indian writing, including both fiction and travelogues.

Lenka Filipova (editor) completed her doctorate on Ecocriticism and the sense of place at the Freie Universität Berlin. Her research interests lie in the Environmental Humanities; while her dissertation explored notions of emplacement in movement and primarily focused on contemporary writers, her postdoctoral project will interrogate issues concerning science, affect and the environment in both travel writing and fiction from the eighteenth and nineteenth centuries. Filipova has published on contemporary environmental writing and is currently finalising a chapter on nature representation in eighteenth century travel writing. 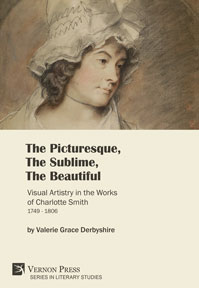 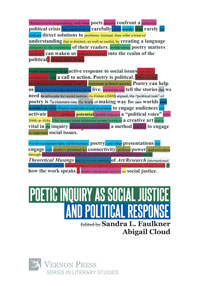