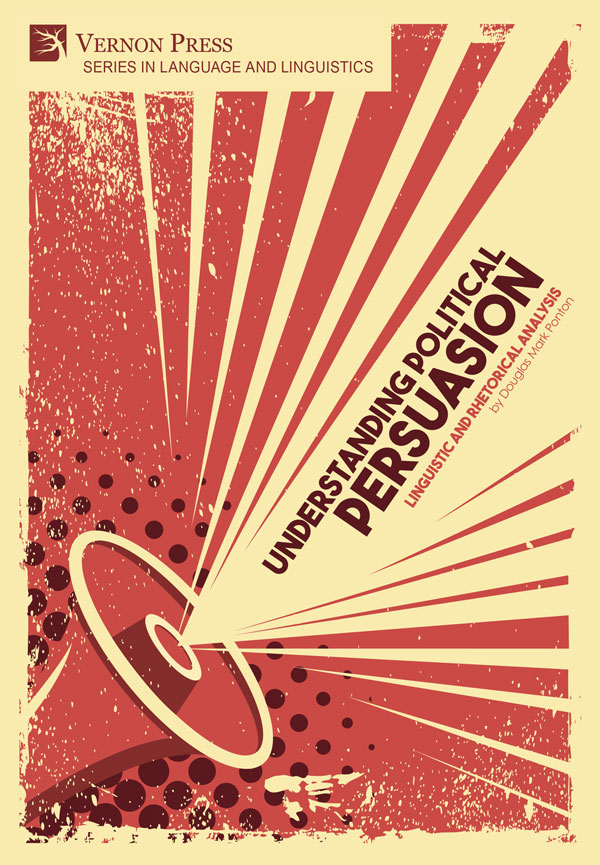 E-book
$ 94
Availability: Available through resellers
also in Hardback $ 60 , Paperback $ 42
currency displayed based on your location
(click here to change currency)

Dr. Ponton's concise book provides a valuable introduction to a broad landscape of political discourse analysis. Especially for newcomers to this complex and sprawling field of inquiry, Ponton’s book will provide a useful synthesis of existing scholarship along with his own cogent case studies. Beginning with a comparative look at the 18th and 21st centuries, his book argues that crucial elements of political rhetoric such as alliteration, litotes, and metaphor, which Ponton locates in Edmund Burke's great speeches of the 18th century, have been under-appreciated in contemporary scholarship. Ponton then examines argumentative strategies in the 19th century, centered on Disraeli's speech about the Suez canal, and proceeds to the 20th century with a look at Churchill's use of mass media to amplify his appeal. Chapter five then moves to an American context to contend with the ways that community is imagined in the speeches of Martin Luther King and Malcolm X. The postwar period receives further treatment in chapters six and seven, where IRA leader Gerry Adams, the US Republican Party, and UKIP's Nigel Farage are explored (Ponton's analysis of Farage's speech in particularly revealing). The book concludes with a thorough bibliography that will be quite useful to readers. In sum, Dr. Ponton has provided a clear and original path through the world of rhetorical analysis, and students will have no trouble following his examples and analysis. No doubt, the author is very well versed in the relevant literature and has a clear manner of explicating the key issues under consideration—something whose real world importance (e.g., the way that politicians are able to mobilize voters in the contemporary world) cannot be underestimated.


Building on established theoretical perspectives on political discourse, this book insightfully applies such theories to a sweep of historical/social contexts and political actors as diverse as Disraeli, Malcom X, Churchill and Farage.
One of the strengths of this book is the author’s ability to deliver sound and thorough analysis and yet to make for an accessible and engaging reading that will appeal to students of linguistics and academics alike.
Ponton skilfully draws from the linguistic toolbox - from Aristotle to multimodality - to deconstruct a number of political speeches, convincingly demonstrating the usefulness of analysing metaphors, stance, framing, modal verbs and other rhetorical devices and, ultimately, pointing to the importance of persuasive language in political discourse. This critical exercise could not be timelier.


This is exactly the kind of book I wish I had been able to use in some of my university teachings. It provides an overview of all kinds of discourse analytical tools, with concise explanations and clear examples. Each chapter is based on a different political speaker, from a range of historical periods. It is designed with the student in mind, assuming a basic knowledge of modern linguistics, but this is not pitched too high, and most specialist terms are explained. It develops a model of argumentation in political language which is both convincing and extremely useful, that can be applied not just to political discourse but across other discourse types as well (to indicate just a few, it would work for the discourses of advertising, education and service encounters).
What I particularly liked was the way the book begins with the basics of political rhetoric in the Greek period, and progressively incorporates insights from modern linguistics, developing a clear, concise and original model of political argumentation. What we have is a work that will interest the specialist, but above all provide the would-be discourse analyst or student of linguistics with usable tools, explained in a readable style. The book will be a source of inspiration and encouragement to all students of persuasive discourse.


An engaging and accessible volume, Understanding Political Persuasion seeks to provide a comprehensive overview of the rhetorical and argumentative strategies deployed by politicians in their speeches, with the aim of showing how such strategies can play an essential part in political success. Bringing together a range of illustrative examples of famous speeches, delivered by a variety of British and American politicians over the last two and a half centuries, the book explores them in the light of current theoretical principles and research findings. Thus, it analyses the rhetorical and argumentative strategies in terms of concepts such as evaluation, engagement and alignment, as well as focusing on linguistic features like deontic modality and the use of visual and verbal metaphors. It makes a useful contribution to the existing body of research on this fascinating topic and is likely to prove a valid resource for all those interested in learning more about how politicians use and deploy language.

This book builds on the consolidated research field of Political Discourse Analysis and attempts to provide an introduction suitable for adoption amongst a readership wishing to understand some of the principles underlying such research, and above all to appreciate how the tools of discourse analysis might be applied to actual texts. It summarises some of the work that has been done in this field by authorities such as Halliday, Fairclough, Wodak, Chilton, Van Dijk, Martin, Van Leeuwen and others to provide the would-be analyst with practical ideas for their own research. Naturally, this would not be the first time that such a handbook or introductory reference book has been proposed. Fairclough himself recently produced one; however, his work, simply entitled Political Discourse Analysis, inevitably includes theoretical insights from his own research. The beginning analyst can, at times, experience a sense of bewilderment at the mass of theoretical writing in linguistics, in the search for some practical, usable tools. I explain a variety of such tools, demonstrating their usefulness in application to the analysis of a number of political speeches, from different historical periods and diverse social contexts.
The author’s hope is that would-be students of political rhetoric, of whatever level and from a variety of research areas, will be able to pick up this book and find tools and techniques that will assist them in actual work on texts. Naturally, it is also hoped that they will be inspired to follow up the suggestions for further reading which they will find in the bibliography.

Chapter 2 From ‘is’ to ‘ought’: deontic modality in persuasive political rhetoric

Chapter 8 From Bears to Wolves: Republican rhetoric in the Cold War and the War on Terror

Chapter 9 Time to get our country back? UKIP visual and verbal metaphors for Europe

Douglas Mark Ponton is Associate Professor of English Language and Translation at the Department of Political and Social Sciences, University of Catania. His research interests include political discourse analysis, ecolinguistics, interactive sociolinguistics, applied linguistics, pragmatics, corpus linguistics and critical discourse studies. His main publications are For Arguments’ Sake: Speaker Evaluation in Modern Political Discourse and Meaning Politics: a Manual of Political Discourse Analysis. As well as politics, his research deals with a variety of social topics, including tourism (he has published on the Montalbano effect and cruise tourism), the discourse of mediation; ecology, local dialect and folk traditions, including proverbs and Blues music. He published a paper on the figure of the bandit in popular song, exploring the lyrics of Bob Dylan and Woody Guthrie. Douglas Ponton is also a keen amateur musician.