Understanding globalisation through the lens of network analysis

Hardback
$ 68
Availability: In stock
also in E-book $ 101 , Paperback $ 57
currency displayed based on your location
(click here to change currency)

This book shows the potential contribution of network analysis to our understanding of the geography of a variety of socio-economic trends from migration to trade to foreign direct investment to the structure of the world input-output.


While there is a broad acknowledgment of the role of global value chains (GVCs) in the world economy, we are still at the beginning of their empirical investigation. At the macro level, input-output tables offer a powerful tool to assess all the inter-country and inter-industry transactions that culminate in the sale of final goods and services. At the micro level, case studies have implemented the GVC approach to understand the governance of specific value chains. In Networks of International Trade and Investment, Sara Gorgoni, Alessia Amighini and Matthew Smith have put together a series of novel approaches that deepen our understanding of GVCs and bridge the gap between the micro and macro analysis. Using state-of-the-art network analysis, the book provides new insights on the interdependencies that characterise trade, investment and global production. As compared to other empirical methods, network analysis allows to better identify the contribution of a country, industry or firm by not focusing on its own characteristics but by looking at how it is connected to others. As a consequence, new patterns and new structures emerge. The book includes many examples of how this approach can bring a fresh look to challenging research questions. While technical, the book remains accessible and can be read by a broad audience that includes policymakers. In the future, we could learn more by linking such analysis to economic performance. In particular, one would like to understand better how the position in the network is related to productivity or can bring specific economic gains.

In recent decades, the international economy has witnessed fundamental changes in the way manufacturing is organised: products are no longer manufactured in their entirety in a single location. Instead, the production process is often split across a number of stages located in countries that are frequently far apart from each other. By spreading out their manufacturing and supply chain activities globally through international investment and intra-firm trade, Multinational enterprises (MNEs) play a focal role in this reorganisation of production. Our ability to understand the global economy, therefore, requires an understanding of the interdependencies between the entities involved in such fragmented production. Traditional methods and statistical approaches are insufficient to address this challenge. Instead, an approach is required that allows us to account for these interdependencies. The most promising approach so far is network analysis.
‘Networks of International Trade and Investment’ makes a case for the use of network analysis alongside existing techniques in order to investigate pressing issues in international business and economics. The authors put forward a range of well-informed studies that examine compelling topics such as the role of emerging economies in global trade and the evolution of world trade patterns. They look at how network analysis, as both an approach and a methodology, can explain international business and economics phenomena, in particular, in relation to international trade and investment. Providing a comprehensive but accessible explanation of the applications of network analysis and some of the most recent methodological advances in its field, this edited volume is an important contribution to research in international trade and investment.

1. An introduction to network analysis
Matthew Smith and Sara Gorgoni

2. Network Analysis and the study of international trade and investment
Matthew Smith and Sara Gorgoni

Dr. Sara Gorgoni is a senior lecturer in economic sociology at the University of Greenwich. She has an MA in Political Economy from the University of Essex and a PhD in Development Economics from Roma Tre University. She specialises in business economics and network analysis. She is currently involved in several projects investigating the relationship between global networks in trade and investments. She has also conducted research on foreign direct investment from emerging economies, innovation networks, clusters of SMEs and global value chains. She has carried out research for the Food and Agriculture Organisation (FAO), the World Bank and other United Nations agencies. Her work has been published in several world-famous journals including the International Business Review and World Economy.

Alessia Amighini is Co-Head of the Asia Centre and Senior Associate Research Fellow at ISPI. She is Associate Professor of Economics in the Department of Economic and Business Studies (DiSEI) at the University of Piemonte Orientale (Novara, Italy), and Adjunct Professor of International Economics at the Catholic University (Milan, Italy). Amighini previously worked as an Associate Economist at the United Nations Conference on Trade and Development (UNCTAD, Geneva, Switzerland). Alessia holds a PhD in Development Economics from the University of Florence (Italy) and a Master in Economics as well as a BA in Economics from Bocconi University (Milan, Italy). She has published in many international peer-reviewed journals such as China Economic Review, World Development, The World Economy, International Economics, China and the World Economy. Alessia also published chapters in several books for Edwar Elgar, Harvard University Press, Oxford University Press, Palgrave, Routledge; she coauthored ‘L’economia della Cina’ (Carocci, 2007) and Macroeconomics: A European Perspective (Pearson, 2010 and 2013). She has contributed to several international research projects sponsored by the Central Bank of Sweden, Inter-American Development Bank and UNU-WIDER.

Matthew Smith is a postdoctoral researcher at the University of Oxford. Dr Smith completed his PhD in international business and economics at the University of Greenwich in 2016, where he made use of advanced social network analysis techniques to inform on the organisation of production in the global economy. Broadly, his research interests focus on social network analysis, more specifically, the application of Exponential Random Graph Models (ERGMs) to explain how observed network structures emerge, and multilevel network analysis. Currently, Dr Smith is working on a project that aims at testing hypotheses derived from theoretical models of cultural evolution to shed light on the diffusion of innovations in a small scale society. 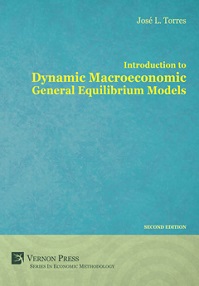 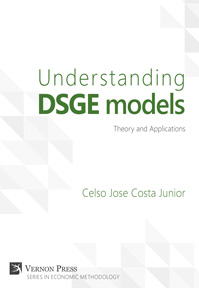 Understanding globalisation through the lens of network analysis