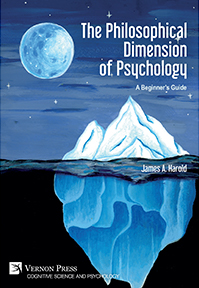 The Philosophical Dimension of Psychology: A Beginner’s Guide

by James A. Harold (Pepperdine University, Franciscan University of Steubenville)

Hardback
$ 65
Availability: In stock
also in E-book $ 88 , Paperback $ 35
currency displayed based on your location
(click here to change currency)

I like very much the purpose and how the author approaches and develops the subject - a much needed work
Paul Vitz
Professor Emeritus of Psychology at New York University
Author of Psychology as Religion: The Cult of Self-Worship

‘The Philosophical Dimension of Psychology: A Beginner’s Guide’ begins with an investigation of what constitutes the subject matter of psychology, which demonstrates the aspects of psychological reality that are ignored, missed or at times even theoretically denied by mainline contemporary psychology (if they lack an empirical warrant). Such matters include inner conscious experience, the world of intrinsic value, as well as the higher, uniquely personal dimension of human nature (that is, of intellect and will).

This book, therefore, offers a more complete survey of the entire sphere of psychological reality, which could provide the context for more properly interpreting empirical psychological phenomena. For example, should we understand psychological conditioning principles within a broader context of personal freedom? Is a person more rightly conceived in a psychologically immanent way, that is, oriented simply toward the fulfillment of instincts and needs, or is there as well a transcendent orientation, oriented to truth and meaning? Should we understand psychology simply from the point of view of efficient causation, or do we need to also take into account final causation? It will be of interest to psychology students of either undergraduate or graduate level and of great use to those with no prior knowledge of philosophy.

Chapter 4 The Subject Matter of Psychology (Part A): The Conscious Personal Self

Chapter 5 The Subject Matter of Psychology (Part B): Differing Kinds of Psychic Phenomena

Chapter 6 Locating the Empirical in Psychology

Chapter 9 The Reality and Psychological Significance of Freedom

James A. Harold is Professor of Philosophy at Franciscan University of Steubenville. Professor Harold graduated from Pepperdine University (M.A., Psychology), University of Dallas (M.A. Philosophy), with a doctorate in Philosophy from the International Academy of Philosophy. He is the author of two books: An Introduction to the Love of Wisdom (UPA, 2004) and Rationality Within Modern Psychological Theory: Integrating Philosophy and Empirical Science (Lexington, 2016). Harold, with his wife Teresa, are living in Steubenville, Ohio. They have four children and twenty-four grandchildren.

The Philosophical Dimension of Psychology: A Beginner’s Guide