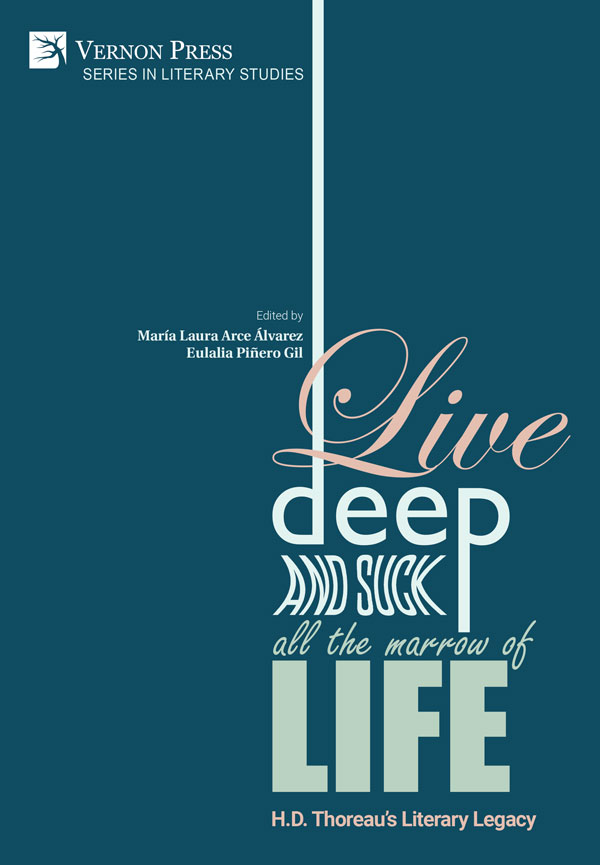 E-book
$ 75
Availability: Available through resellers
also in Hardback $ 45 , Paperback $ 36
currency displayed based on your location
(click here to change currency)

This wide-ranging collection of essays on Henry David Thoreau is another demonstration of the validity of the saying: “Classics will never die.” In effect, these eight scholarly and perceptive essays -- that deal with various aspects of this major nineteenth-century American writer’s works -- show what a source of inspiration for contemporary artists he remains. A close friend and a student of Ralph Waldo Emerson, Thoreau was not only a literary writer, but also a philosopher, an ecologist, a critic of capitalism, an early champion of the rights of the individual vis-a-vis the government. For this reason, from movie directors to playwrights, from post-modern writers to female beat poets, from transnational authors to Freemasonry and pacifism, these essays allow us to explore the many facets of an intellectual who set his seal deeply on the culture of his country and has taught the world to respect the dignity of every human being.

Considered to be one of America’s great intellectuals, Thoreau was deeply engaged in some of the most important social debates of his day including slavery, the emergence of consumerism, the American Dream, living on the frontier, the role of the government and the ecological mind. As testimony to Thoreau’s remarkable intellectual heritage, his autobiography, essays and poetry still continue to inspire and attract readers from across the globe.
As a celebration of H.D. Thoreau’s Bicentenary (1817-1862), this edited volume offers a re-reading of his works and reconsiders the influence that his transcendentalist philosophy has had on American culture and literature. Taking an intertextual perspective, the contributors to this volume seek to reveal Thoreau’s influence on American Literature and Arts from the 19th century onwards and his fundamental contribution to the development of 20th century American Literature. In particular, this work presents previously unconsidered intertextual analyses of authors that have been influenced by Thoreau’s writings. This volume also reveals how Thoreau’s influence can be read across literary genres and even seen in visual manifestations such as cinema.

Chapter 2 On the Page and on the Stage: The Influence of Henry David Thoreau on Susan Glaspell’s Works
Noelia Hernando-Real
Universidad Autónoma de Madrid

Chapter 3 “A Group of Urban Thoreaus”: Gender and Romantic Transcendentalism in the Poetics of the Beat Generation
Isabel Castelao-Gómez
Universidad Nacional de Educación a Distancia (UNED)

Chapter 6 Draft Resistance and the Anti-War Movement as Civil Disobedience: The Influence of Thoreau’s Political Thought on the Protests Against the War in Vietnam
Cristina Alsina Rísquez
Universitat de Barcelona

María Laura Arce Álvarez is an assistant professor in the English Department at the Autonomous University of Madrid, Spain. She has a PhD on American and Comparative Literature. Her field of study focuses on Postmodern American Literature and Literary Theory concretely on Paul Auster’s fiction. She has published several articles on Paul Auster’s fiction, Native American Fiction, American Fiction during the McCarthy Era and Women's Poetry. She has authored the book Paul Auster and the Influence of Maurice Blanchot published by McFarland Books in 2016 and Paul Auster’s Ghosts: The Echoes of European and American Tradition published by Lexington Books in 2018.

Eulalia Piñero Gil is Associate Professor in American Literature and Gender Studies at the Autonomous University of Madrid. Currently, she is President of the Spanish Association for American Studies (SAAS), and has also been a member of the Board of the European Association for American Studies (EAAS). She has received a master’s scholarship to study Comparative Literature at Purdue University, a doctoral grant to research the archive of the American poet Marianne Moore at the Rosenbach in Philadelphia, and two postgraduate scholarships from the Canadian Government to research Canadian women’s poetry at Toronto University.
Piñero Gil has published extensively on the American Renaissance, women’s literature, music and literature and American theater. Notably, she has co-edited several works including Visions of Canada Approaching the Millennium (1999), Voices and Images of Women in 20th Century Theater. Anglo-American Women Playwrights (2002), Women and Art: Visions of Change and Social Development (2010,) and Breaking a Sea of Silence: Interdisciplinary Reflections on Gender Violence (2013). She is also the author of the critical edition Extraordinary Narrations by E. A. Poe (1999), and the translation and critical edition of Herman Melville’s Bartleby, the Scrivener (Espasa Calpe, 2006). In 2012, she translated and edited Kate Chopin’s The Awakening (Cátedra, 2012), and John Dos Passos’s A Pushcart at the Curb, Invierno en Castilla (Renacimiento) in 2018.