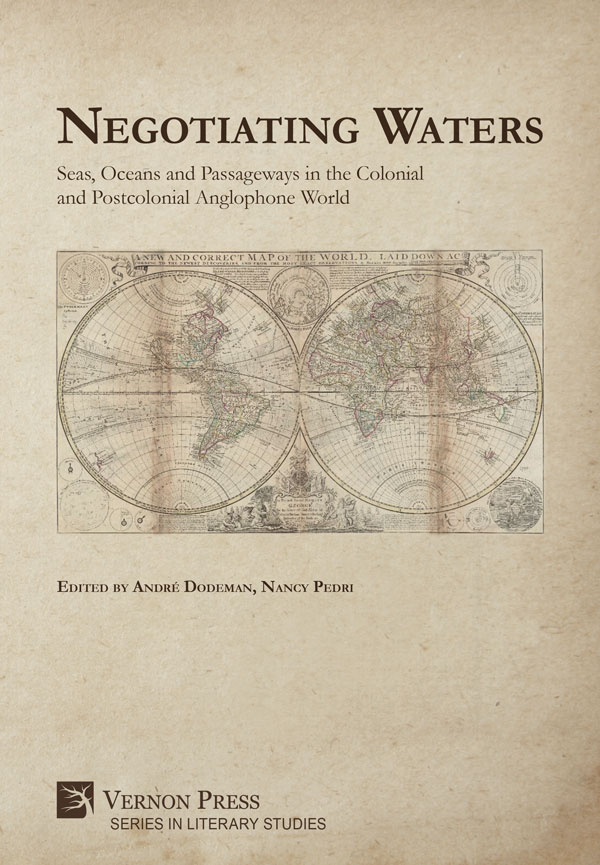 E-book
$ 92
Availability: Available through resellers
also in Hardback $ 60 , Paperback $ 51
currency displayed based on your location
(click here to change currency)

This book examines how seas, oceans, and passageways have shaped and reshaped cultural identities, spurred stories of reunion and separation, and redefined entire nations. It explores how entire communities have crossed seas and oceans, voluntarily or not, to settle in foreign lands and undergone identity, cultural and literary transformations. It also explores how these crossings are represented. The book thus contributes to oceanic studies, a field of study that asks how the seas and oceans have and continue to affect political (narratives of exploration, cartography), international (maritime law), identity (insularity), and literary issues (survival narratives, fishing stories).

Divided into three sections, Negotiating Waters explores the management, the crossings, and the re-imaginings of the seas and oceans that played such an important role in the configuration of the colonial and postcolonial world and imagination. In their careful considerations of how water figures prominently in maps, travel journals, diaries, letters, and literary narratives from the 17th century onwards, the three thematic sections come together to shed light on how water, in all of its shapes and forms, has marked lands, nations, and identities. They thus offer readers from different disciplines and with different colonial and postcolonial interests the possibility to investigate and discover new approaches to maritime spaces. By advancing views on how seas and oceans exert power through representation, Negotiating Waters engages in important critical work in an age of rising concern about maritime environments.

Chapter 5 “Whatever Passes through the Paths of the Sea” (Psalm 8:8): Shipboard Liminality and the Sea Voyage as the Crucible of Missionary Identity from the 1820s to the 1920s?
Rhonda Semple

Nancy Pedri is Professor of English at Memorial University of Newfoundland, Canada. Her major fields of research include word and image studies, photography in literature, and comics studies. She has edited and co-edited several volumes, including one on photography in fiction for Poetics Today, photography in comics for Image & Narrative, and another on mixed visual media in comics for ImageText. She has published many articles in her fields of interest, and her co-­‐authored book, Focalization in Action that examines the focalization concept in a broad range of comics will be published with Ohio State University Press. Her co-­‐authored article, “Focalization in Graphic Narrative,” won the 2012 Award for the best essay in Narrative.