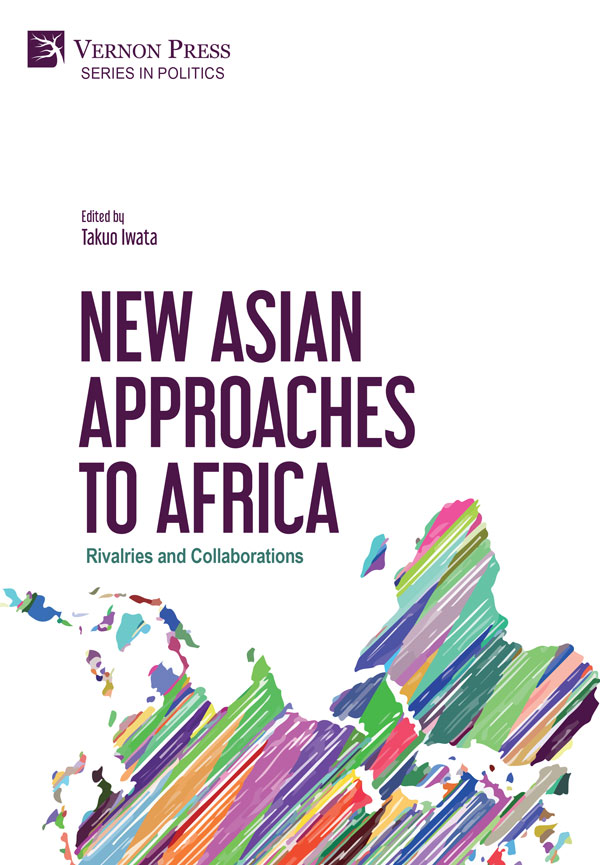 E-book
$ 98
Availability: Available through resellers
also in Hardback $ 62 , Paperback $ 55
currency displayed based on your location
(click here to change currency)

Offers a cutting edge introduction to the discussion of past and present Chinese, Indian, Japanese and South Korean (re)engagement across the continent. Professor Takuo Iwata and his team of co-authors have managed to put together in a concise manner a book that achieves far more than their initial ambition to promote mutual academic interests and understandings.


This is one of the most comprehensive and engaging volume on the scope and content of Asia-Africa economic and political relations. While recent scholarship in recent years has focused on the evolving China-Africa relations, the contributions of Japan, Korea, and India to Africa’s economic transformation has been neglected. The contributors in this volume present a comprehensive overview of the relationship by examining the TICAD process (Japan), KOAF (Korea), FOCAC (China) and IFAS (India). Through their respective bilateral cooperation platforms, the four highly industrialized Asian countries have been playing a catalytic role in supporting Africa’s development. Increased trade, high level of FDI inflow, technology and technology transfers from the Asian giants have help transform African economies. The book is a must read for researchers and policy makers who want to deepen their knowledge on the growing economic and political relations between Asia-Africa.


This work has chosen a new perspective on Asian states’ approaches towards Africa, an excellent angle to look at the new phenomenon of the co-existence of rivalry and collaboration in international relations. The selected counties include two OECD countries (Japan and South Korea) and two non-OECD countries (China and India). The framework of the book is reasonably set with three sections, e.g., the first, “Asian Forums on Africa’s Development”, the second, “Asian Soft Powers in Africa” and the third, “New Phase of Asian Approaches to Africa”. The authors treat respectively their own topics skillfully. They noticed that although there are different ways for the four countries to deal with Africa, yet they are all striving to build a constructive relationship with the continent. Most important, they realize that all four countries support Africa to adopt the principles of “ownership“ and “self-reliance”, which are vital for developing countries in their dealings with foreign countries. The argument of the book indicates a good lesson for the world, e.g. there is always a way for collaboration, either in development or international relations. Cooperation is better than confrontation.


This book is a comprehensive resource for everyone interested in African Studies and Cooperation with Asian countries. These in-depth case-studies provide information into the history of international relations and cooperation between the main Asian countries intervenientes in Africa, namely, Japan, China, India and South Korea. Of particular interest are the specific case studies on the politics of soft power, economic cooperation and the comparison between DAC-OECD and non-DAC cooperation. This collection is also a phenomenal way to introduce new scenarios of Asia-Africa relations in a classroom, and is enriched with a comprehensive introduction that is a must-read to everyone interested in international cooperation in Africa.

| Winner of The Japan Consortium for Area Studies' 2021 Research Project Award |
The 21st century has seen an increase in the presence and influence of Asian governments, firms and other stake-holders in Africa. With the changing times, changes in approaches to Africa by four major Asian countries (China, India, Japan and South Korea) have taken place. By tracing the history between these Asian countries and African countries, this collection reflects on the “new” phases of Asian Approaches to Africa. Composed by authors who are not only experienced expert scholars of African Studies, but also prominent specialists on African policies of Asian countries, this collection focuses on the official development assistance (ODA) as well as other crucial issues and actors such as business, civil society, and media to explore the new Asian approaches to Africa in a comprehensive manner.

Organised into three sections, this collection explores the experiences of the “forums” (conferences, or summits) for Africa’s development hosted by four major Asian countries, reflects on Asian cultural influence in Africa, and highlights new phases of Asian approaches to Africa. This book looks to the future collaboration of Asian actors/ partners working in/ with Africa, rather than exaggerating rivalries and disputes in order to grasp the potentialities and challenges in the relationship between the two regions; an emerging and ongoing agenda that we will encounter further in the coming years. This book will be of interest to students, researchers and professors in universities, as well as research institutes on Asian and African Studies. It will also be of value to journalists, and government officials; particularly diplomats.

Chapter 6 A New Approach to Cooperation with Africa from the Rise of Chinese Tourism in the 21st Century
Huaqiong Pan
Peking University, China

Takuo Iwata is a Professor at the College of International Relations, Ritsumeikan University in Japan, where he teaches Politics and International Relations of Africa at both undergraduate and graduate level. He received his PhD in Political Science at Kobe University, Japan. Takuo has published two monographs and many articles on politics and international relations covering diverse topic areas such as Asia-Africa relations, border, decentralisation, democratisation, local governance, and political satire.