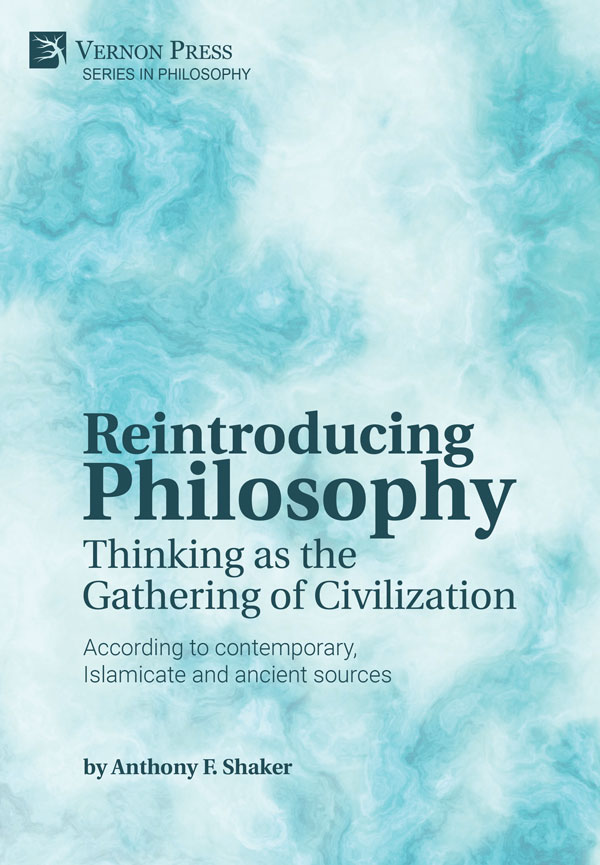 According to contemporary, Islamicate and ancient sources

E-book
$ 133
Availability: Available through resellers
also in Hardback $ 84
currency displayed based on your location
(click here to change currency)

Shaker demonstrates a profound erudition in different philosophical traditions, ancient and recent, Western and Eastern. I particularly admire his insights into Islamic philosophy, or Ḥikma, and his precise grasp of the doctrines of Qūnawī and Mullā Ṣadrā, pivotal for this tradition. Delving deep into the history of different branches of Islamic thought, he reveals the paradigmatic role which the Islamicate civilization played in relation to western Europe, which can justly be described as both its heir and antagonist. Another merit of Shaker’s book is its eloquent style and colourful language which makes reading it a highly enjoyable experience for specialist and non-specialist readers alike.


Anthony Shaker’s book is an ambitious attempt to show the contemporary social and political relevance of ancient Greek, Islamic, and modern German philosophy. Addressing global concerns with a view to the timeless relevance of the classics of world philosophy, Shaker is not content with an exercise in the historiography of philosophy or comparative philosophy but aims to draw from his adopted traditions to develop something novel that is capable of addressing problems endemic to our time. At the same time, his conviction is that the capacity for renewal in the three philosophical traditions can only be actualised by thinking anew, and thereby making our own, the problems, and the constitutive insights that lie at their roots.


In many ways, "Reintroducing Philosophy" is a postcolonial work that moves far beyond the theoretical confines of academic post-colonialism. Drawing on his knowledge of the Chinese, Indian, Greek, Islamicate, and modern German traditions of philosophy, Shaker’s bold and creative work is a meditation of sorts on what philosophy should look like in a post-Western world...


Shaker sees, like many others, the closure of an era of global Western dominance. But while we normally discuss that in terms of politics and economics, he is looking at its ramifications for philosophy and the ‘decolonization’ of knowledge. Clearly, though, the sheer depth and breadth of the author’s philosophical knowledge allows him to imagine these in a much deeper, positive sense than perhaps the comparatively more shallow, reactive sense in which they are usually discussed...For the ‘neo-traditionalists', this book challenges their fixation on the past by directing focus on the post-Western future...backed by formidable scholarship.


Anthony Shaker provides interesting arguments about the treasure of ‘human inheritance’, which is not to be found in the physical world, since this vanishes in time...Academics of all faiths and none will find this a thought-provoking text to contemplate.


Stressing the responsibility of the thinkers/philosophers in the post-Western World, Shaker seeks ways of introducing a thinking proper to philosophy, away from what he calls the “tribal ideologies” of our age...His tour de force of the history of philosophy from Ancient Greece to the Islamicate and Western worlds rests on an objection to Western-centric history-telling. But if he is correct in his assessment of modern positivism and reductionism and their truncation of philosophy in the name of science, how is humanity to return to its "natural course of history", as no serious thinking about existence can miss its relation to God?


Anthony Shaker has written an impressive book in which he argues his point with great scholarly precision, using finely polished language...He achieves his goals with distinction and a rare ability to recognize and illustrate the connections and relationships that shape his subject matters. He demonstrates intricate philological and philosophical knowledge of the Greek and Arabic traditions effortlessly and insightfully, contributing significantly to the further dissolution of a persistent bias toward "Western" philosophy...This extensive study is by no means a history of philosophy, but indeed a work of genuine philosophy in its own right which, with the idea of "Thinking as the Gathering of Civilization", provides an original approach that will enrich intercultural discussion and bring us closer to the goal, as Shaker puts it, to "take possession of our humanity, and act as a species capable of determining its destiny".


Vernon Press ought to be congratulated for publishing this extraordinarily rich book, which I highly recommend...At this critical juncture of history, this study should serve as a rude awakening, according to the author, who points to the fact that philosophy has meekly turned itself into an administrative cover for specializations—one recalls Frascati and other lists, as well as webometrics...)—and a moral commitment to little more than gadget technology...As far as this reviewer is concerned, the thematic scope of this new book is itself testimony that "new thresholds are possible for our troubled humanity".

That we are now entering a post-Western world is no longer merely a thesis in international studies. But what does the dissolution of “Western” hegemony signify for humanity’s rich learning traditions and the civilizing quest for wisdom? How can this human inheritance assist us today?

"Reintroducing Philosophy" seeks a more realistic framework for discourse on these questions than offered by the Western-centric worldview, which continues to be taught in schools almost by rote. It analyzes themes from several world traditions in logic, knowledge and metaphysics connected with the quest for completeness of thinking and practice. Its examination of the relation of knowing and being is based on sources as varied as Leibniz and Frege, Qūnawī and Ṣadrā, ancient Greek and classical Indian and Chinese thought. Shaker brings into the discussion the paradigm (unmūzaj) that Ṣadrā presented as that of man’s being in the world, encapsulating philosophy’s longstanding view of thinking as the gathering of civilization.

"Reintroducing Philosophy" is based on a concentrated reading of all these sources, simply because human civilization had already been global and advanced before the present age.

PART I. BACK TO BASICS
Chapter 1 Not What Is Philosophy, but Why Philosophy?
Chapter 2 What Is a Thing?
Chapter 3 The Human Dimension of Things
Chapter 4 Method and the Path to Discovery
Chapter 5 A New Logic of Discovery?
Chapter 6 Identity: What Is Real and What Is True
Chapter 7 The Love of Wisdom and the Question of Science
Chapter 8 The Mathematization of Knowledge

PART II. THE DYNAMICS OF BEING
Chapter 9 When Is “Before” the World?
Chapter 10 Creation as Allegory
Chapter 11 Philosophy and the Uses of Anatomical Teleology
Chapter 12 Explanation in the Greek Spirit
Chapter 13 Knowledge and Action
Chapter 14 The Paradigm of Man in the World
Chapter 15 The Paradox of Thinking

PART III. PHILOSOPHY TO THE EAST
Chapter 16 Patterns of Philosophical Thinking in Classical India
Chapter 17 The Restoration of Philosophy in Modern China
Chapter 18 Rebellion against Whom?

Concluding Remarks:Thinking as the Gathering of Civilization
Bibliography
Index

Dr. Anthony F. Shaker is a philosopher, social theorist, and the author of Modernity, Civilization and the Return to History (Vernon Press, 2017). A specialist in Islamicate philosophy, he has lectured in Germany and Turkey. He has authored many books and papers, including three translated volumes from Ghazālī’s Iḥyāʾ and the only complete English study of Qūnawī. And he is presently working on a translation of Qūnawī’s magnum opus, Iʿjāz al-bayān (Equinox Press). His current research focuses on the idea that thinking is both the expression and the gathering of human civilization, and that productive dialogue in philosophy by tradition was not limited to armchair musings about concepts, beliefs or science.

According to contemporary, Islamicate and ancient sources