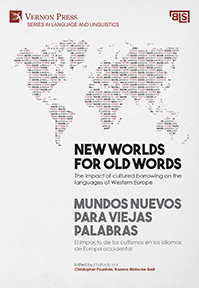 Hardback
$ 61
Availability: In stock
also in E-book $ 77 , Paperback $ 45
currency displayed based on your location
(click here to change currency)

This volume contains an introduction by the editors and thirteen scholarly studies, half of them in English, half of them in Spanish. The common topic concerns the adoption of words from the past into a later context. The source language is usually Latin, the more modern language is usually Spanish.
The contributors include both established and younger scholars. Steven Dworkin, Gloria Clavería Nadal and Christopher Pountain are among the best-known scholars in this field, and their chapters are comprehensive and wide-ranging: Steven Dworkin concentrates on fifteenth-century borrowings from Latin that came to replace synonymous inherited words; Gloria Clavería considers how such words have been treated in Academy dictionaries; Christopher Pountain shows how mass borrowings of verbs in the -ir conjugation affected the morphological nature of that conjugation itself. There are historical studies of individual words, including síntoma and a couple of Arabisms which survived in Granada (almofia, ‘a shallow cooking vessel’, and tarquín, ‘mud’); of the use of Latinisms by the sixteenth-century author Delicado; and there are studies based in the present day, including two on newspaper journalism (Latinisms in sports headlines, often invariant, such as in Los alter ego de Rafa Nadal, and the use of neological compounds such as necroturismo, ‘graveyard tourism’) and a report from a modern classroom. There is one study of Italian noun-noun compounds, concerning changes over time in the order of the constituents, and one Europe-wide discussion on the survival of ancient words for ‘magic’ and ‘magician’.
The book is consistently scholarly and informative, often original, and at times entertaining. Gloria Clavería Nadal hits the nail on the head as to why the topic is of interest: “Old words have actually become the most natural way for modern languages to name these new worlds created on a daily basis” (p.29), most obviously, but not only, in non-linguistic fields such as science and medicine. Thus this book will make clear why ‘cultured borrowings’ should not be dismissed as irrelevant, as they have tended to be in the past.


The book is a collection of 13 original contributions on cultural borrowing. The languages of the book are English and Spanish (6 contributions), and the languages treated are in first place Spanish and other Romance languages (Italian). Several of the contributors are well-known scholars and authorities in the field of historical lexicology.
The issue – what traditionally used to be called “learnèd borrowing” – is an important one also in the light of more recent theoretical contributions that consider language dynamics not just as a homogeneous process of evolution but rather as a differentiated composite history of discursive traditions between “immediacy” and “distance” (a view explicitly mentioned in several of the contributions). The contact of modern European languages (mainly Spanish, but also other European languages) with classical languages via cultural contact and translation is treated in this volume from a wide range of perspectives: from medieval to contemporary borrowings, from philological, psycholinguistic to didactic approaches and including not only purely lexical, but also morphological aspects. The book is particularly of interest for advanced students and scholars in Romance linguistics.


This book comprises a set of works presented at a colloquium that took place in London in September 2019.
It consists of 13 chapters, the common thread of which is the past and present influence of words borrowed from Latin and Greek. They are known as "cultured borrowings". What is transcendent and makes the present studies a source for further research, is that, in many cases, by process of metaphorization, the lexical piece taken from the classical language becomes a term of the common language, and its oral version.
This is the first strength of this publication. The second is that much of the research presented is part of ongoing research, developed not individually, but by team members of recognized quality.
The third strength is the origin of the data handled. They have either arisen from surveys carried out in order to have accurate data or from consulting existing databases. Or, likewise, they come from lexicographic information. Explanations are not ventured but are given with the support of reliable sources.
There is a fourth strength, and it is the volume and quality of the bibliographies that each author has provided at the end of their chapter.
For the specialized reader, there is a fifth strength: almost all the authors mention that theirs is an open investigation, which will be outlined in future works.


The central idea of the contributed volume, edited by Christopher Pountain and Bozena Wislocka Breit is that the concept of "learned borrowing" - regardless of the definition that the authors have provided in their respective chapters - should be seen as a palpable linguistic consequence of one of the best-documented cultural contacts ever in the history of Western Europe. This idea, as a common thread, (re-)appears cunningly through the book, showing that learned borrowing - regardless of the source and target languages - has been very productive either in earlier or in the present states of the studied languages of Western Europe. Thus, each of the 13 chapters addresses the linguistic as well as the extralinguistic causes and mechanisms contributing to its output, seen from different linguistic perspectives.


Every student of the history of a Romance language learns the distinction between popular words inherited from Latin that changed over time, like Spanish “delgado” ‘thin’, and learnèd words borrowed from Latin later, like “delicado” ‘delicate’. Despite the crucial nature of this distinction and students’ interest in it, this topic is rarely addressed in textbooks or even in the scholarly literature. The thirteen chapters in New Worlds for Old Words take a welcome step toward filling this gap by providing an in-depth look at “cultured borrowings”. An outstanding feature of the book is the range of topics and approaches applied to the study of these borrowings. The authors consider the role of cultured borrowings, and in some cases borrowings from Arabic, English, or other languages, in orthographic, lexical, semantic, and morphological changes in Spanish, and in the formation of compound words in Italian, such as “terremoto” and “scuolabus”. Furthermore, the information is gleaned from a wide variety of sources, such as dictionaries, newspapers, literary works, translations from Latin to four Romance languages, and corpora of written Spanish and English. The reader comes to appreciate the changes in cultured borrowings since their introduction, such as the semantic changes in the word “síntoma” ‘symptom’, and the changes in the frequency of use of terms for modern and classical languages. Especially interesting are the cases where cultural borrowings like “elegir” and “adquirir” led to even greater irregularity in the paradigm of “-ir” verbs and where they ousted inherited words, like the triumph of “ejército” over “hueste” and “masticar” over “mascar”. By considering the changes in cultured borrowings since their adoption and their impact on modern languages, this volume gives them the attention they deserve.


The chapters in the volume address a wide range of topics from a variety of perspectives. The use of corpora, dictionaries, literary works, translations and newspapers, both as sources for examples and as a basis for analysis, significantly enhances the volume, and makes for a well-documented and informative work. Twelve of the chapters are each at least 16 pages long, and
the longest chapter is 28 pages. This enables the in-depth development of the topics in each chapter. Chapter 6, only 8 pages long, breaks the mold, and does not reach the level of detail of the other chapters.
This book should be of particular interest to academics, scholars, and advanced students in Historical Linguistics and Romance Linguistics, and will also appeal to specialists in Hispanic Studies and Cultural History.

"New worlds for old words / Mundos nuevos para viejas palabras" is a collection of chapters on the theme of lexical borrowing in the languages of Western Europe with particular focus on borrowing from Latin, or from Greek via Latin, into Spanish. Such cultured, or “learnèd” borrowing—as it has sometimes been designated—, is an especially intriguing feature of the Romance languages, since they also derive from Latin. It is also of particular interest to historical linguists since it is an example of what has been called “change from above”: innovation first evidenced in the written usage of the culturally élite which then diffuses into more general acceptance, with the result that some cultured borrowings (e.g. problem/problema, social, program(me)/programa) are now amongst the most common words in the modern languages. Despite their enormous influence on such major languages as English, Spanish, Portuguese, French, and Italian, the mechanisms by which these borrowings become established in their host languages have to date been relatively little studied. This book seeks to make a contribution to this question and revive interest in what has become a neglected area of historical linguistics and contains contributions both by internationally respected scholars and new researchers in the field.
This bilingual collection will appeal to academics, scholars, and postgraduate students of Hispanic Studies, Cultural History, and particularly Historical Linguistics and Romance Linguistics.

Chapter 11
The Impact of New Contacts on an Old Pattern: the Modifier–Modified Order in the Formation of Italian Compounds
Alessandro Carlucci
University of Bergen

Christopher J. Pountain is Emeritus Professor of Spanish Linguistics at Queen Mary University of London and a Life Fellow of Queens’ College Cambridge. He has an extensive publication record of articles and chapters on a wide range of Romance linguistic themes and is the author of two major books on Spanish, A History of the Spanish Language through Texts (Routledge) and Exploring the Spanish Language (Routledge). He currently leads the ‘Loaded Meanings’ research strand on the ‘Language Acts and Worldmaking’ project based at King’s College London. He has worked on the phenomenon of Latin influence on the Romance languages for many years and is author of the reference essay ‘Latin and the Structure of Written Romance’ included in Cambridge History of the Romance Languages (Cambridge University Press).


Bozena Wislocka Breit is a Post-Doctoral Researcher at Queen Mary University of London, working on the impact of cultured borrowings on Spanish. She is a graduate of the Jagiellonian University, Kraków, and the Complutense University, Madrid. She holds a PhD in Linguistics and a postgraduate Diploma in Translation. She has taught at the Jagiellonian University, the Technical University of Madrid, and the Instituto Universitario de Lenguas Modernas y Traductores of the Complutense University of Madrid. She has published papers on a wide range of topics, such as the history of Polish translations into Spanish, Spanish and English oenological language, and the language of sensory perception in the 16th-century Spanish. 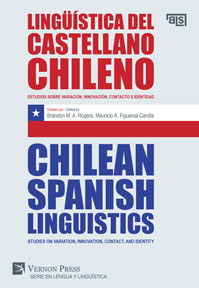