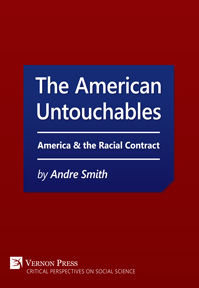 The issue of race is often a scab Americans choose to ignore. However social science has a responsibility and an obligation to examine not simply the amenable subjects but also the controversial. This work, in a word, is controversial. Thomas Franks (2004) argued that cultural differences led white Kansans to abandon the Democratic Party for the Republican Party during the 1980s. He specifically argued that abortion was the unifying issue in this ideological migration. Simultaneously, future President Ronald Reagan opened his campaign for the presidency in Philadelphia, Mississippi, the sight of the massacre of four young civil rights activists over a decade earlier. Race has and is a factor in the American experience; Franks’ premise is simply that the absence of the concentration of African Americans in the Kansas area negated the influence of the “black threat hypothesis” on the observed ideological switch of white Kansans. This work argues that Franks’ premise fails to incorporate the over arching ideological switch of white voter migration to the Republican party that was occurring during the same period, and that Reagan’s speech in Philadelphia, Mississippi was an overt cue that he was rejecting the civil rights consensus for an historically established “race-based social contract” that positioned people of color outside the traditional bounds of the social contract. The study is a sociopolitical analysis of the African American experience utilizing the “racial contract” framework developed by Charles Mills. The “racial contract” holds that the social contract explicitly dictates interactions and transaction costs between citizens and government. Mills supposition is that historically non-Western Europeans were excluded from the penalties for violations of the social contract, and a tacit race based contract dictated transaction costs and interactions between Europeans and non-Europeans. The work utilizes the framework to trace the sociopolitical environment from the first appearance of Africans in America to the present. It has the supposition that the initial sociopolitical status of Africans in America was as a result of the reformation of the Western feudal agrarian culture, with African captives attached to the land as the neo-serfs; but that the reformation of feudalism was only possible within the context that Africans were implicitly viewed as outside the bounds of the codified social contract. It traces American sociopolitical conflict over the expansion of the “racial contract,” which was the basis of the American Civil War; and the establishment of an implicit sociopolitical order within the bounds of the racial contract at the end of the Civil War, with codified sanctions for violations of commensality and endogamy.

Recognizing the Struggles, Lives, and Achievements of African American and Women Art Educators

Historical inquiry forms the foundation for much research undertaken in art education. While traversing paths of historical investigation in this field we may discover undocumented moments and overlooked or hidden individuals, as well as encounter challenging ideas in need of exploration and critique. In doing so, history is approached from multiple and, at times, vitally diverse perspectives. Our hope is that the conversations generated through this text will continue to strengthen and encourage more interest in histories of art education, but also more sophisticated and innovative approaches to historical research in this field. The overarching objective of the text is to recognize the historical role that many overlooked individuals—particularly African Americans and women—have played in the field of art education, and acknowledge the importance of history and historical research in this digital age. This text opens up possibilities of faculty collaborations across programs interested in history and historical research on a local, national, and international level. By assembling the work of various scholars from across the United States, this text is intended to elicit rich conversations about history that would be otherwise beyond what is provided in general art education textbooks.

Between and Beyond Theology, Philosophy, and Society

This volume seeks to explore the intersection of theology, philosophy and the public sphere not by referring the social and political to ethics and deontology as is often the case, but rather to ontology itself, to the very nature of beings. The meaning of history and historicity is most pertinent to this enquiry and is approached here both from the perspective of social reality and from the perspective of ontology. Joining together contributions focusing on theory of the public sphere and metaphysics, chapters explore subjects as diverse as the political implications of the Incarnation, the paradox between ontology and history, politically left and right appropriations of Christianity, the fecundity of Maximus the Confessor’s insights for a contemporary political philosophy, modern Orthodox political theology focusing on Christos Yannaras and numerous thematic areas that together form the mosaic of the enquiry in question.

Paris, the City of Light, is one of the most romantic cities in the world. The millions of visitors which flock to the French capital every year follow in the footsteps of countless artists, writers and composers who for centuries have been drawn to this magnificent city. Some composers, Chopin and Rossini among them, found success and contentment, and remained in Paris for the rest of their lives. But for others, Paris brought nothing but disappointment and disillusionment. Mozart, who came to Paris as a 22-year-old seeking a permanent position, was so bitter about the cavalier manner in which he was treated that he professed an aversion to all things French until the end of his days. Wagner was so upset by his treatment here that he once described Paris as "a pit into which the spirit of the nation has subsided." And yet he was drawn back to the city time and again. This book charts the musical history of Paris. It discusses the composer and musicians, both French and foreign, who were drawn here and the impact they made on the world of music, on this great city, and vice versa. It includes a wealth of biographical details, including where the artists lived and, where relevant, where they died and are buried. It also draws from and points to suitable scholarly literature, making it an accessible introduction to students of the musical history of Paris. The book also describes another feature which, if it did not enrich, most certainly enlivened Parisian musical life: The full-scale musical riot. The most notorious of these took place at the Theatre des Champs Elysées in 1913 at the premiere of Stravinsky’s ballet Le sacre du printemps. Less physical, but no less vociferous, was the reception accorded to Wagner’s Tannhäuser at the Opéra in 1860. Other composers who incurred the displeasure of Parisian audiences included Satie, Varese and Xenakis. These riots were not half-hearted affairs; police involvement was required and hospital casualty departments were kept busy. There are also chapters which discuss the musical history of the many theatres of Paris and the churches which played such an important part in the city’s musical past. The text is clear and accessible in order to appeal to both students and the general reader.